Whether it be for their historical importance, expression of beauty or just sheer whimsy, gardens are important. Modern day gardens are like a work of art, but one that’s ever-changing. They have the potential for perfection but as a living thing, they’re never finished. By contrast, the earliest gardens were pretty functional affairs. Around 10,000 BC open space was enclosed to protect the plants from animals and people looking for food. Over the centuries the idea of a garden was slowly transformed from being purely agricultural to an aesthetic ideal.

As early as 1600 BC wealthy Egyptians created gardens to celebrate beauty. Nebuchadnezzar built the Hanging Gardens of Babylon for his wide Amytis, around a thousand years later. She was missing her mountain home so he had the so-called hanging gardens, actually a series of terraces, created to make her feel better. Then in 400 BC the Persians introduced symmetry as a design element in horticulture, while the Romans contributed water features and fountains, as an expression of their love of water. Chinese and Japanese influences came into play around the 4th century with a focus on Zen minimalism, the ultimate in less is more. 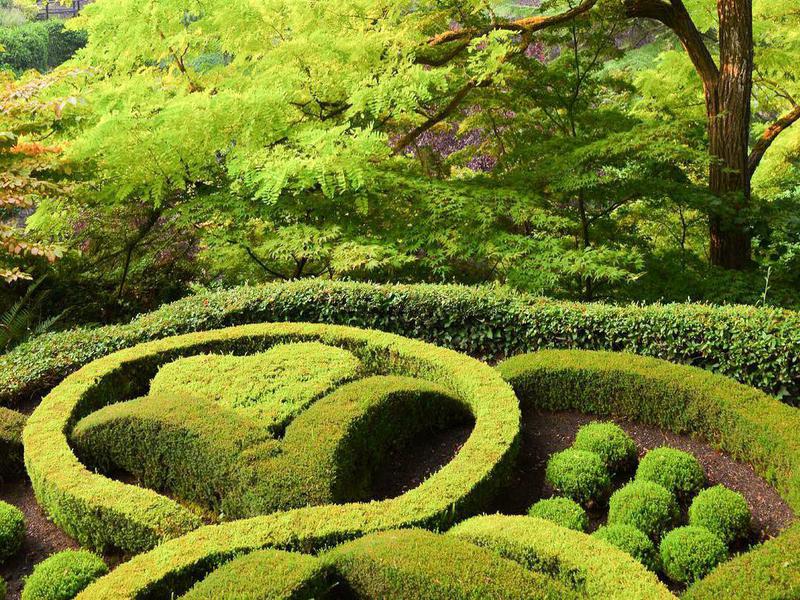 Back in 1904 Robert and Jennie Butchart moved to Vancouver, Canada, and began to mine a limestone quarry in their backyard. As the space emptied out, Jennie envisioned a lush garden in its place. Using only a horse and cart she painstakingly transferred tons of soil into the spent quarry to form the Sunken Garden.

By 1929 they’d added the Japanese, Rose and Italian gardens. Over several more decades their grandson and great grand-children continued to add their own vision to the gardens, including a carousel painted with roses and filled with hand-carved animals.

Now millions of plants from over 900 varieties cover an area of 55 acres. Butchart Gardens are a glorious example of how one woman’s dream a hundred years ago became a stunning reality. Open year round.

Emirgan Park is world famous for its stunning tulip displays. Every April more than 20 million tulips come into bloom on terraces that cascade down to the Bosphorus.

The area dates back to Byzantine times and became private land in the 1600s. It passed through the hands of several different owners over the centuries, all of whom left their mark. Today, Emirgan covers an area of 117 acres, surrounded by high walls.

Three wooden kösk built at the end of 19th century, named Sari, Pembe and Beyaz, are still in use. The first, the Yellow Pavilion, looks like a giant version of a carved wooden birdcage. The Pink Pavilion is a typical Ottoman house while the White Pavilion is a neo-classical mansion.

Year round, Emirgan provides a peaceful escape from the bustle of the city and the chance to take tea where sultans, pashas and other members of the Ottoman elite used to dine. 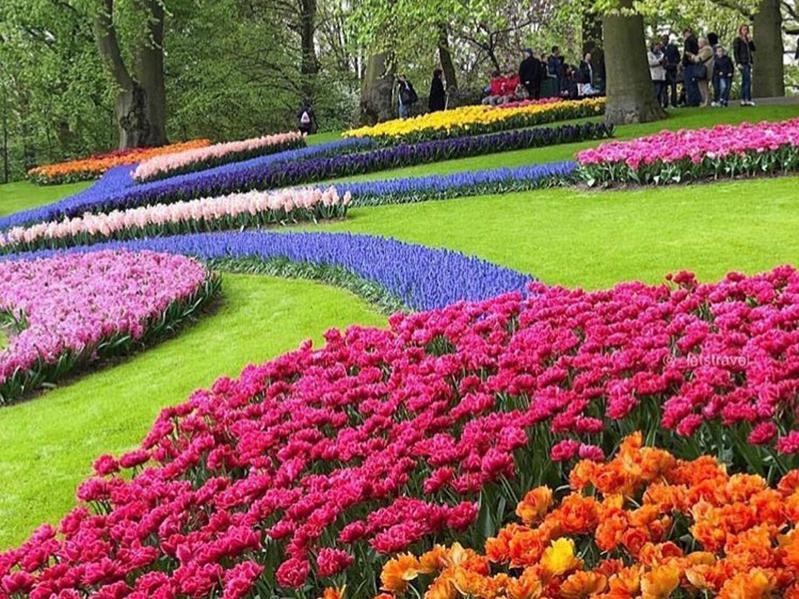 Only open one day a year, the Garden of Cosmic Speculation is a must-see bucket list entry.

Thirty acres of Scottish countryside have been transformed into the fundamentals of modern physics and mathematics, in grass and foliage. Artificial lakes and bridges connect five distinct areas of the garden, each dedicated to a physical realisation of science. Clever use of topiary sculpting and exactingly manicured landscapes gives visual forms to abstract concepts.

There are DNA helix, fractals, that is curves or geometrical figures, too complex to explain string theory and even black holes. It’s the work of architectural theorist Charles Jencks and his wife Maggie Keswick, an expert of Asian garden design. From 1989 to 1995 they met with myriad horticulturalists and scientists, merging art, nature and science, to create this extraordinary garden. 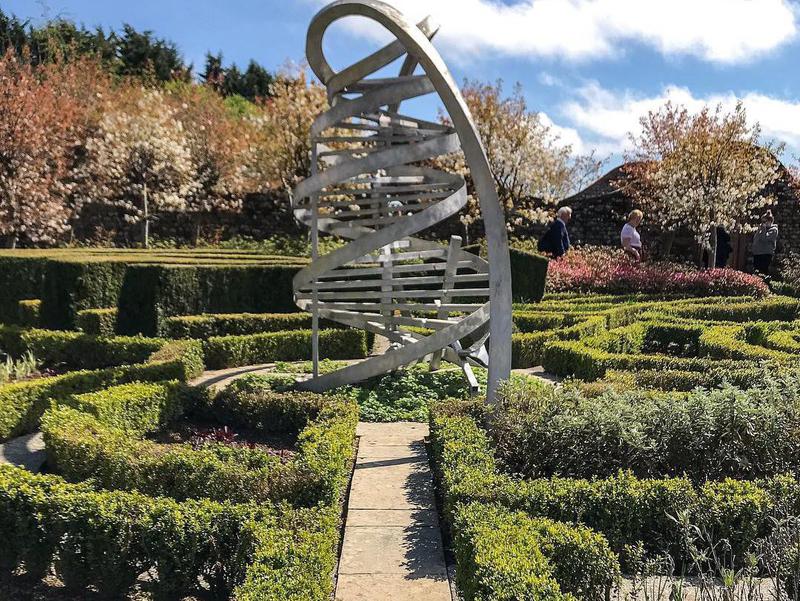 The exquisite classic French gardens of Versailles were designed by Andre Le Notre in the 17th century for Louis XIV, known as the Sun King.  It took more than 40 years to complete and covers 800 acres of land.

Symmetrical flower beds called parterre are laid out in formal patterns linked by paths. Swathes of sculpted and manicured lawn are interspersed with elaborate fountains featuring gold and bronze statues. Avenues of hedges lead to the Grand Trianon, a palace built for Louis XIV in 1670, to get away from it all with his mistress. The Petit Trianon nestles in a delicately intimate garden.

Chanel your inner Kirsten Dunst in the Hall of Mirrors, where Sophia Coppola’s directed her in Marie Antoinette, then visit the Hamlet built by order of the young queen. The name is misleading. It’s actually a whole model village, completed with thatched roof houses, farmyard and lake. Gardens open year round, palaces closed Mondays. 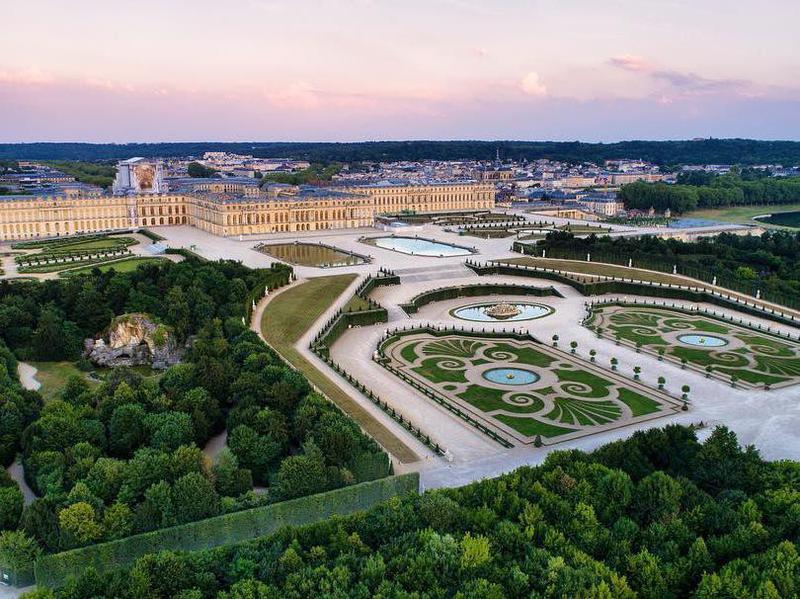 The history of the Lost Gardens of Heligan reads like a scene from Frances Hodgson Burnett’s novel “The Secret Garden.”

Opening a nearly rotten door revealed an overgrown tangle of gardens, forgotten for nearly 80 years. The once magnificent gardens were part of the Tremayne family seat for 400 years, but come 1914 the huge team of gardeners was lost to the havoc of World War I. The grand home became cheap flats while magnificent flower beds, trees and herbaceous borders were abandoned to nature.

In 1990, Tim Smit and John Wills, a descendent of the Tremayne’s, found them again and the restoration began. Now you can enjoy plants from Italy and India in the Pleasure Gardens, and marvel at ancient Wollombi Pines from Australia recently planted in the Jungle.

Remember to keep quiet when you follow the woodland pathways or you might wake the Mud Maid and the Grey Lady, the sleeping giants of the estate. Closed Christmas Day. 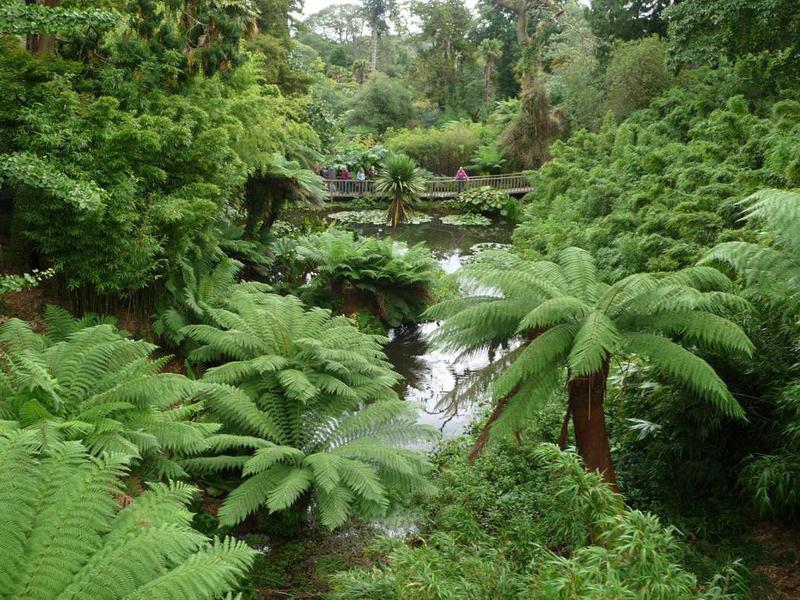 Once through the gates of Jardin Marjorelle, the clamour, dust and chaos of Marrakech are forgotten. Cool soothing grey greens and a brilliant blue cocoon the garden that wraps around Villa Oasis with an air of quiet, reflective calm.

It’s the work of French painter Jacques Majorelle (1886-1962), who first visited Morocco in 1917. He was seduced by the fabulous Matisse-like colours he saw and spent forty years turning his passion into a reality.

In 1980, Yves Saint Laurent and his partner Pierre Berge bought the property, and set about restoring it to Marjorelle’s original vision. It became Saint Laurent’s home and source of creative inspiration.

Pebble garden beds of cacti and succulents reflect the heat of the desert, water flows in elegant fountains and passing breezes catch in lazy palm fronds and whisper through bamboo stands. Open to the public every day of the year, including Islamic religious holidays. 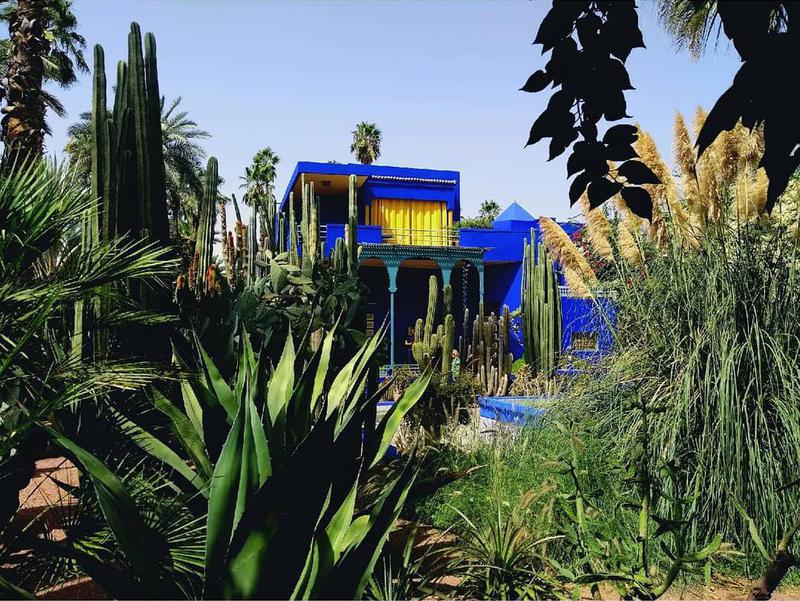 Just up the hill from Jeronimos Monastery and Belem Tower is a small formal garden often overlooked by sightseers, although it’s been around for 250 years. The Ajuda Botanical Gardens were founded in 1768 with the aim of collecting and studying as many species of plants as possible.

They were designed by Italian botanist Domingos Vandelli and hold up to 5,000 different species of plants, as per his original layout. Built on the Renaissance model of layers, the botanical collection takes up the top tiers. It contains fantastic prehistoric cycads and an enormous dracaena draco, held up with wooden props, takes up one large corner. 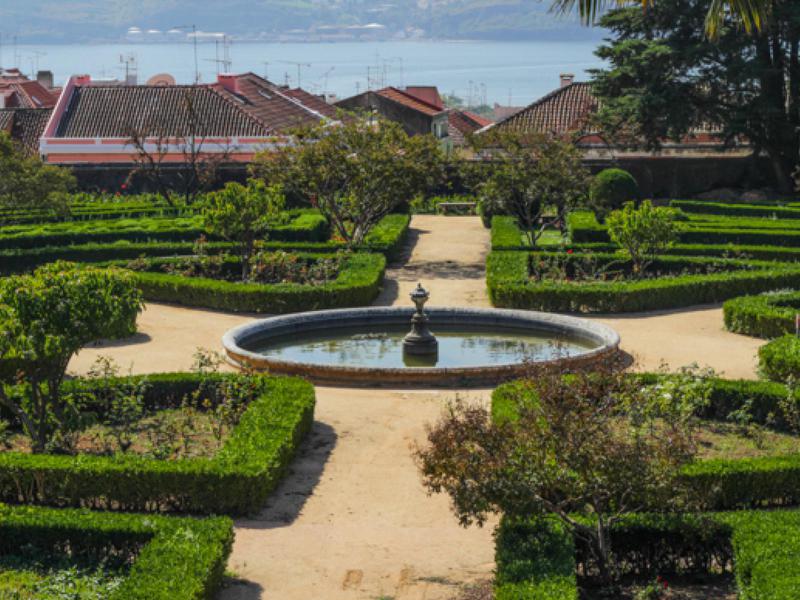 These 3 Famous Bollywood Actors Were Goons In Real Life Too!