Two of the World Cup’s heavyweights meet in the first game of the knockout stages on Saturday as France and Argentina go toe to toe.

France’s passage to the last-16 of the competition was serene, while Argentina needed a late Marcos Rojo goal against Nigeria to send them through after a dramatic group stage.

While Paul Pogba and Antoine Griezmann have been in goalscoring form for Les Bleus in Russia, Lionel Messi’s brilliance means Argentina always have a chance despite their chaotic performances so far. 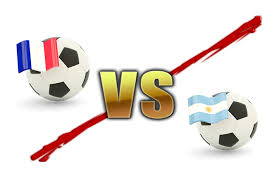 France has not conceded a goal in their last seven World Cup matches (757 minutes) against the South American opposition. The last man from this continent to score against Les Bleus was Brazil’s Careca back in 1986.

Just add these Spanish tips to your skincare routine and results