In the west, when we think of the holidays, specific images and traditions always come to mind. Wiry hair witches and menacing pumpkins accompany Halloween. Santa stuffed in a red suit is iconic at Christmas and fireworks splattered against the night sky easily triggers thoughts of New Year’s Eve.

People in every corner of the world celebrate, or choose not to celebrate, holidays according to their unique histories. In Japan, where 1 percent of the population is Christian, celebrating Christmas casually with a bucket of KFC fried chicken is normal. Since the 18th century, Guatemalans prepare for the holiday season by burning effigies of the devil. And in Scotland Halloween celebrations follow ancient Celtic traditions rooted in the underworld.

The ancient Celtic festival of Samhain began over 2,000 years ago in parts of modern-day Ireland, the United Kingdom, and Northern France.

Every year on Oct. 31, the Celts gathered to celebrate the end of the autumn harvest and the beginning of winter. During this transition, they believed the ghosts of unsettled spirits returned to earth to haunt the living and to damage crops. To ward off these maleficent spirits, people built bonfires and wore costumes made of animal skin. Historians believe this is one of the original festivals behind the creation of Halloween. 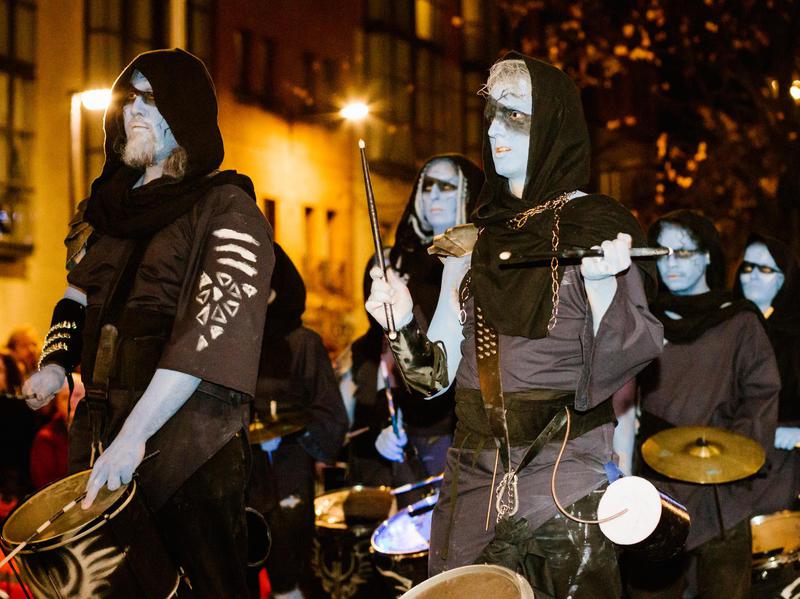 Over 5,000 miles from Edinburgh Scotland and the fiery Samhain festival, there’s the Kawasaki Halloween Parade in Japan.

For the past 20 years, on the last Sunday in October, in the city of Kawasaki, thousands of revelers gather for Japan’s largest Halloween street party. 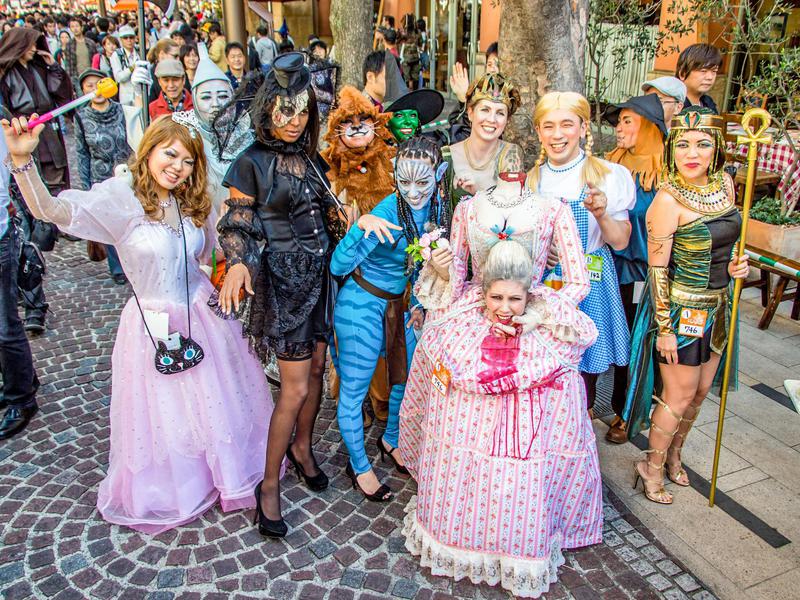 Bonfires for the Dead – Fucacoste In Italy

The feast of “Fucacoste and cocce priatorje” (or “Bonfires and heads of purgatory”) takes place in the quaint Italian city of Orsara di Puglia.

On Nov. 1, the community gathers to honor and pay their respect to the spirits of their ancestors who they believe return to earth, on this night, to visit the living. 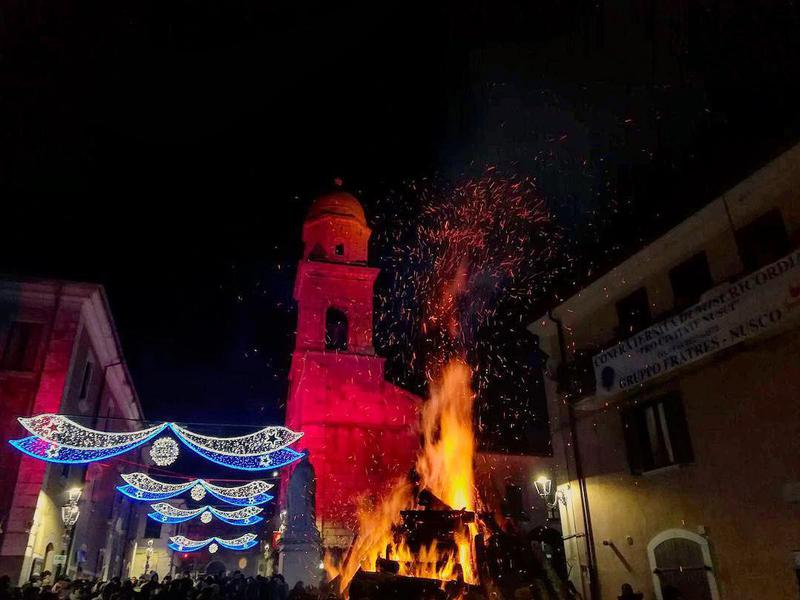 On Nov. 1-2, vodouists in Haiti gather at the Grand Cemetery in Port-au-Prince to celebrate Fet Gede (Day of the Dead).

In addition to dancing, and drumming people visit the cemetery to honor their ancestors and other spirits popular in the Vodou or Voodoo religion.

At the black cross of Baron Samedi, the keeper of the dead and one of Voudou’s most revered spirits, practitioners light candles and leave offerings of flowers, food, and rum spiked with hot peppers. 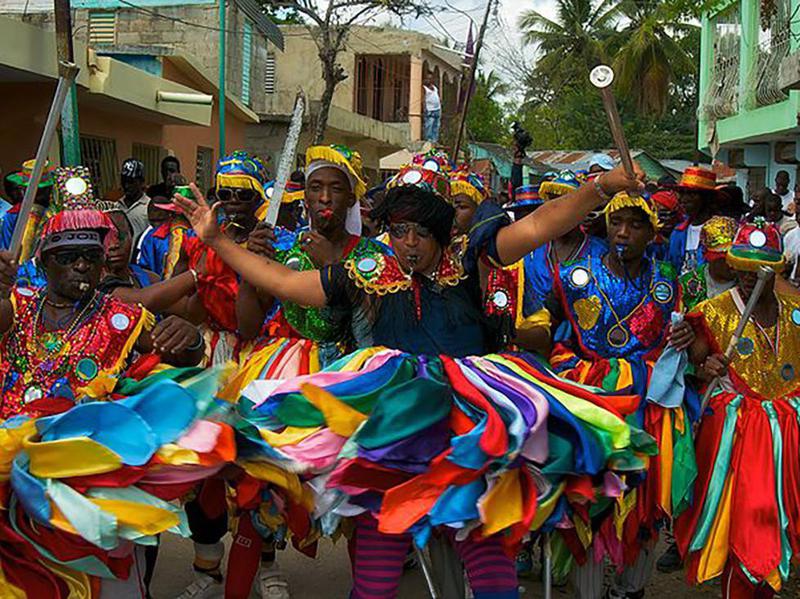 Since the beginning of the 18th century, Guatemala has ushered in the holiday season with La Quema del Diablo (The  Burning of the Devil). Every year precisely at 6 p.m. on Dec. 7, on the eve of the Immaculate Conception, Guatemalans build bonfires and burn effigies of Satan.

In addition to cleansing the home of all evil spirits, the burning of Satan is meant to symbolize the purifying of the Virgin Mary upon her conception. As the one chosen to birth Jesus, Mary had to be cleansed of the stain of original sin. 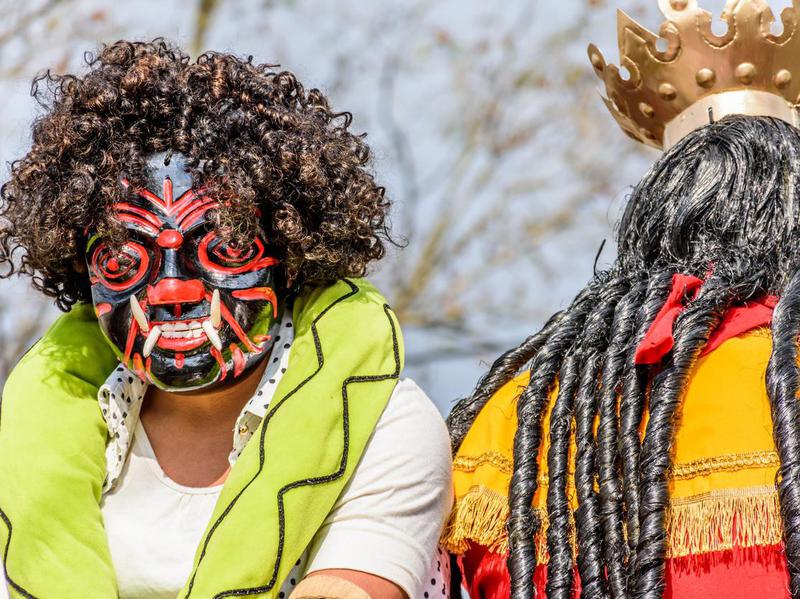 While the origins of the tradition, born in the early 1970s, are fuzzy one thing is clear, Christmas in Japan is synonymous with KFC fried chicken.

Unlike other countries where Christmas is a national holiday, only 1 percent of Japan’s total population is Christian. Overall, the day is celebrated, but most Japanese treat it as a romantic holiday, similar to Valentine’s Day in the States. But regardless of how the day is interpreted, KFC at Christmas is a tradition that millions of Japanese embrace. 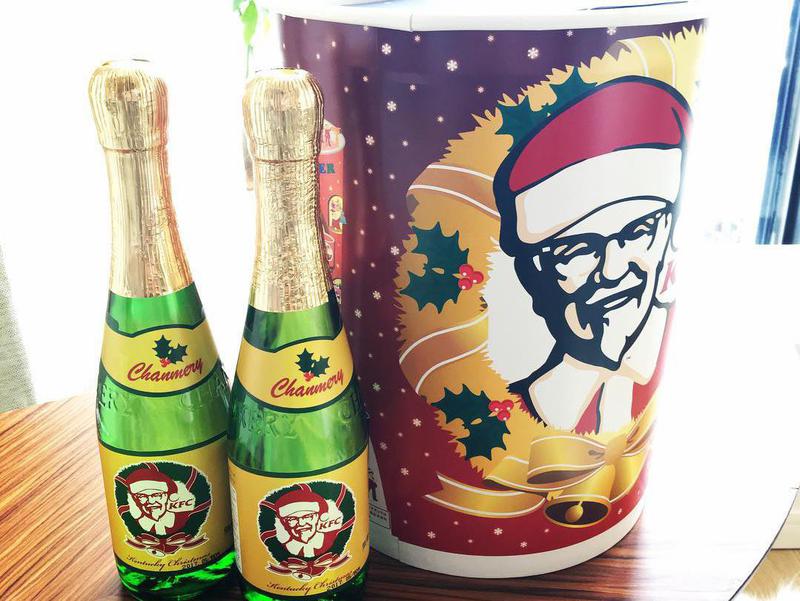 India needs to be self-reliant in defence production: Mohan Bhagwat

5 Eerie Haunted Places In Nepal To Have An Encounter With The Mystical Side!