India stood free and independent on 15th August 1947 and our first Prime Minister of Independent India, Pt. Jawaharlal Nehru, hoisted the Indian national flag above the Lahori Gate of Red Fort in Delhi

Who isn’t aware of India’s struggle to achieve freedom from British Raj? After a long fight for years, India stood free and independent on 15th August 1947 and our first Prime Minister of Independent India, Pt. Jawaharlal Nehru, hoisted the Indian national flag above the Lahori Gate of Red Fort in Delhi, As much as this moment was special, his words touched every Indian when he said, “Long years ago, we made a tryst with destiny and now the time comes when we shall redeem our pledge… At the stroke of the midnight hour, when the world sleeps, India will awake to life and freedom.”

This year, India celebrates its 72nd Independence Day. After facing atrocities of the British regime, India broke shackles of slavery after 90 years of mutiny, bloodshed and political negotiations. Indian Rebellion of 1857 or sepoy mutiny, though unsuccessful but was a major benchmark in the fight against Britishers. Let’s go down the memory lane and understand the history and Importance of celebrating Independence Day. 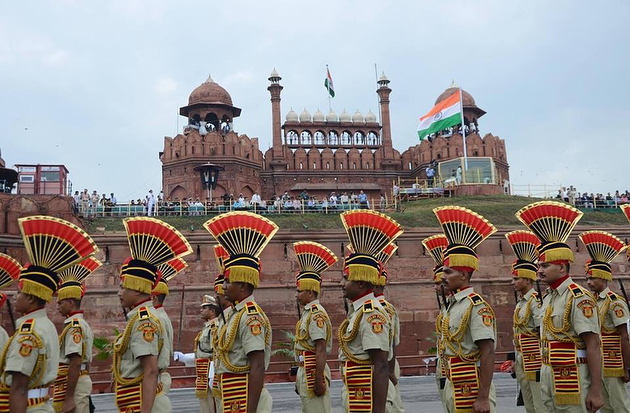 The mere mention of this date, 15th August, fills our heart with immense pride and acknowledgment of the lives sacrificed during the course of the freedom movement. We owe this freedom to our valiant freedom fighters who didn’t hesitate for once to give up their lives, just so their future generations can breathe the free air of India.

The Indian self-rule movement was a mass-based movement that encompassed various sections of society. It also underwent a process of constant ideological evolution. Once Indians decided to be free of British Raj, the firangis had no option but to leave the country, however, it was not easy. Lord Mountbatten had been given a mandate by the British parliament to transfer the power by June 30, 1948. Watching the impatience of the people, Mountbatten knew, if he had waited till June 1948, in C Rajagopalachari’s memorable words, there would have been no power left to transfer, which is why he advanced the date to August 1947.

It was not easy for the Britishers to give up power and accept the defeat so they camouflaged it in the name of stopping the bloodshed. Mountbatten claimed that by advancing the date, he was ensuring that there will be no bloodshed or riot. Although he was proven wrong later. He tried to justify himself saying, “wherever colonial rule has ended, there has been bloodshed. That is the price you pay.”

The Indian Independence Bill was introduced in the British House of Commons on July 4, 1947, and passed within 15 days. On August 15, 1947, the British rule over India ended and marked history.

72 years ago India’s day of pride was knocking on the door and it was the result of the efforts of millions of people.

FIFA World Cup 2018 opening ceremony: Here are the stars who will entertain you