The Bihar Police is exploring the horoscope of 19 Hindu organizations, including the Rashtriya Swayamsevak Sangh, these days. In fact, it was sought by issuing a letter to the Superintendent of Police, on May 28. In this letter, the demand for complete information of the office bearers of 19 Hindu organizations including the Sangh has been sought.

It has not been confirmed that till now all reports of the district police have been sent to the headquarters or not. Still, the letter comes in front of the state’s politics. There is no official response from BJP on this so far. 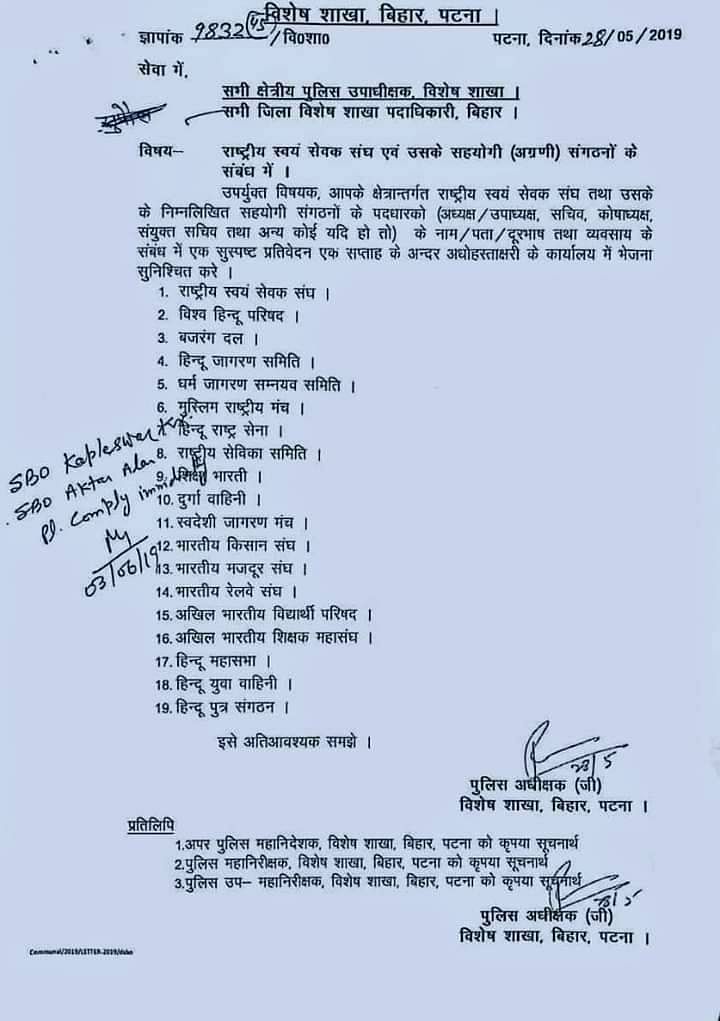 20 million children worldwide missed out on life-saving vaccines in 2018: WHO

No Merger, Says Shivpal Yadav As He Hails UP CM Yogi Adityanath as Honest & Dedicated