This Country Definitely Has the World's Weirdest Hotels - Indiarox
FacebookTwitterInstagramGoogleYoutube

Weird hotels can be found around the world — from Sweden, where guests can stay in a block of ice, to Austria, where they can sleep in (yes) a converted sewage pipe.

But one country, in particular, has taken hotel accommodations to truly bizarre new heights: the Netherlands.

In this country famous for out-of-the-box thinking, you’ll find “capsule” hotels where novelty rooms are barely bigger than the beds inside them, outlandishly lavish sky-high suites located inside a crane, and beds tucked into cupboards.

For an insight into Dutch innovation, take a tour through 13 of the Netherlands’ wackiest hotels. Fun or foolish? You decide.

Once written off for scrap, this 165-foot crane is today a luxury hotel with three suites and a rooftop spa pool. Rotating gently with the wind, the Crane Hotel Faralda offers panoramic views over Amsterdam and surely the best sunset experience in town.

Completed in 2015, with the most expensive foundations in the Netherlands, the hotel is busy recouping these costs by catering to a deep-pocketed jet set. A transfer via boat, limousine or private jet can be arranged. Guests can also opt for a helicopter tour, a champagne breakfast, a private bodyguard or a hostess service.

Room rates, like the hotel, are sky-high and start at around $750 a night. If that doesn’t make you catch your breath, the optional rope jump from the top of the crane surely will. 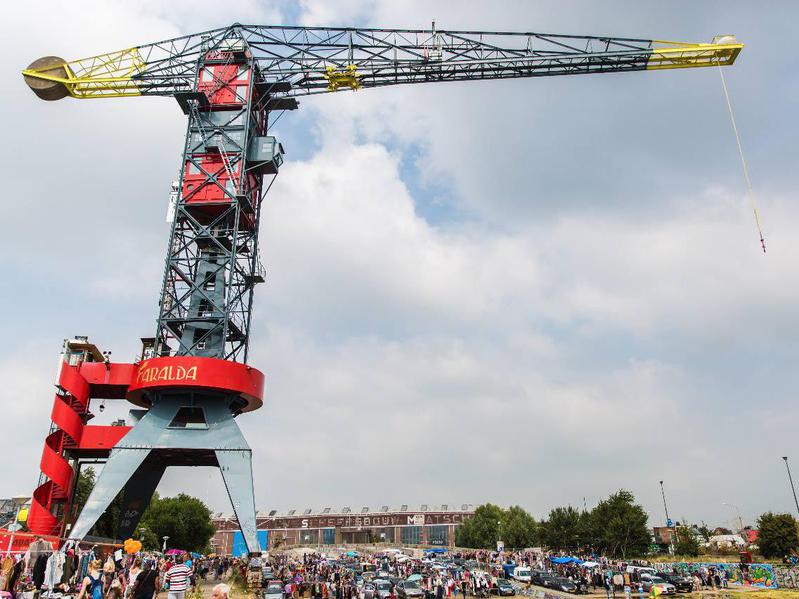 You can get some of the cruise experience without ever leaving the dock at the three-star Botel, a floating hotel in a former ship moored on the river Ij, a short ferry ride from Amsterdam’s Central Station.

Perched on top of the ship, the five giant red letters that spell out Botel conceal rooms, each conceived by a different international designer. The “cinema” bedroom in “E” has a large screen that streams films from the nearby Eye Museum, while guests of the letter “B” have access to a skateboarding halfpipe.

Chill out on deck in a hammock or go ashore and explore the NDSM dock – once a busy shipyard, but today home to a trendy locals’ scene with bars, a beach café-cum-music venue and the biggest flea market in Europe.

Good wine can really add something to a holiday, but this hotel takes it a step further by sleeping its guests in vats.

At the Hotel De Vrouwe Van Stavoren, in the northern province of Friesland, 12 wine barrels, with a capacity of between 4,000 and 6,000 gallons, have been converted into cozy little bedrooms with smart natural stone bathrooms tacked onto the rear. The accommodations may be snug, but there’s still room for pampering; one of the barrels is home to a wellness spa equipped with a steam room, shower, and jacuzzi.

Positioned in the village harbor, fresh fish and boat-watching are part of the experience. Inside the property, the terrace, with its brightly-colored geraniums, is a pretty place to enjoy a meal or drink. 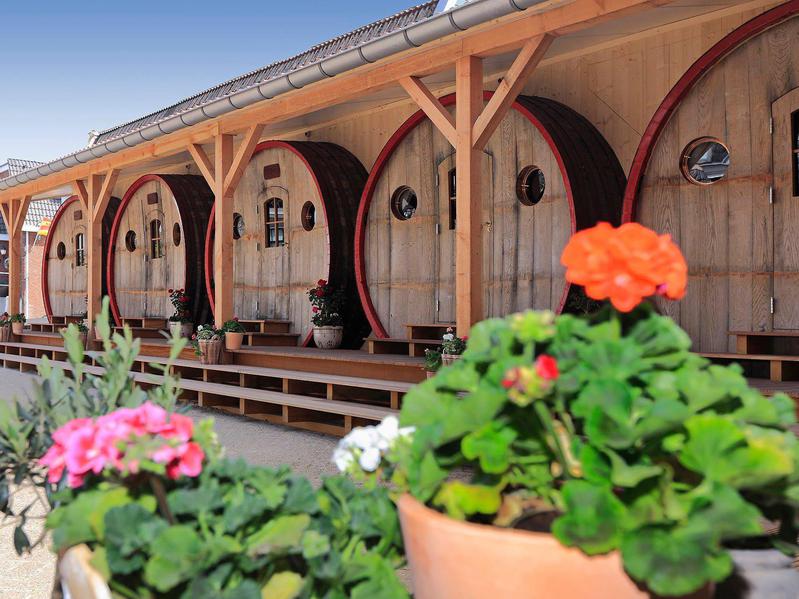 Sometimes the journey is as exciting as arriving. Now you can prolong that feeling by overnighting at Teuge airport in this 1960s plane converted into a private luxury suite for two. The entire aircraft is at guests’ disposal, from the cockpit at the front — with all the controls still in situ — to the plush double bed fitted in the rear.

Named the Vliegteug Suite, this accommodation is particularly popular with business clients, who can park their private jet alongside it. The plane once transported some 120 passengers and four crew, so it’s not short on space — or frills. There’s a jacuzzi, infrared sauna, three flat-screen TVs and necessities like internet and air-conditioning. 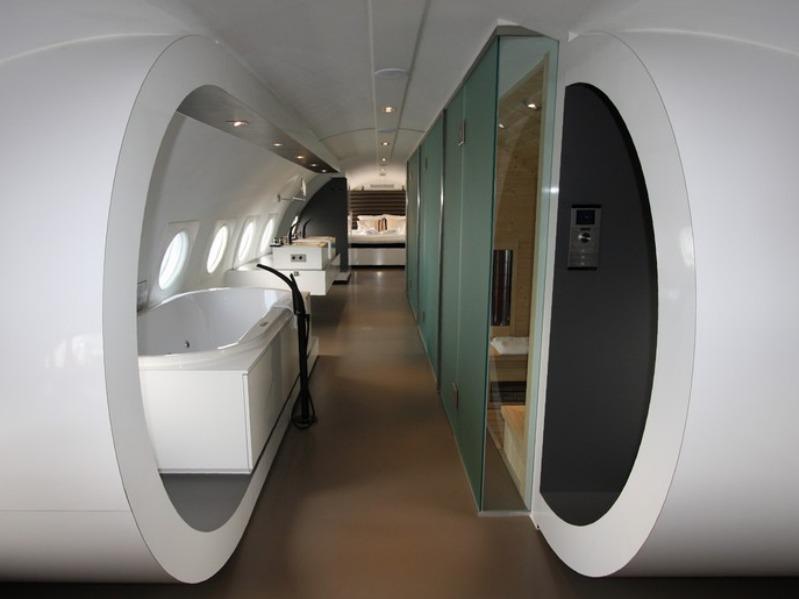 The four-star Zaandam branch of the Inntel Hotels chain goes big on Dutch design with an exterior that looks like a giant stack of traditional, ornately gabled houses.

Designed by Delft-based architects WAM and opened in 2010, this mish-mash of five different types of houses traditional to the Zaan region of North Holland– from modest workers’ cottages to superior residences – features a whopping 70 facades and contains 160 guest rooms.

Just to make sure the theme is not lost on their guests, deluxe rooms feature uber-Dutch murals of things like cheese, beschuit and mustard – all sources of national pride. Several larger rooms showcase industrial landscapes and famous founders.

Branded as the world’s first video game hotel, this 42-room property boasts a massive game and console selection that distracts many gaming enthusiasts from their scheduled sightseeing. Book the “Lust for Life” suite and you can even continue your gaming in (yes) the bathtub.

The tech theme extends throughout the Arcade Hotel, with media walls, colored lights in the bathrooms, and both modern and retro consoles in each room. If you really need to geek out, there’s a comic and board games library too.

Residents can meet fellow gamers in a shared Game Room with six PCs, a virtual reality rig and a console corner with two 65-inch screens. For night owls who find it hard to put the joystick down, it will come as a relief to learn that booking direct with the hotel means a late check-out is included. 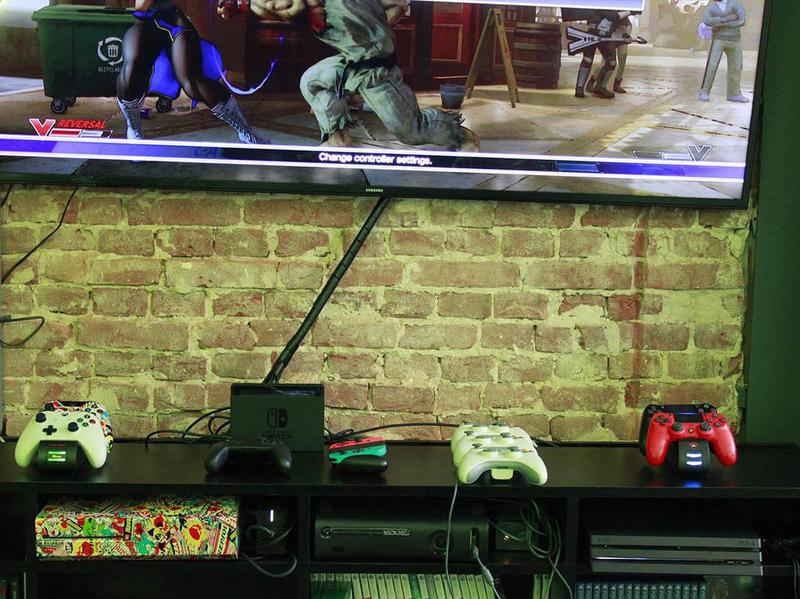 Offering quirkiness at a modest price, the Bedstee Hotel tucks its guests up in a Bedstee – a bed in a cupboard – so they can sleep as Dutch farmers did in the old days.

The white bedstees, with their cute gingham curtains, have two rows, with the upper level accessed by a wooden ladder. Fitted with a media panel, air conditioning, and mood lighting, the set-up is pretty comfy, although storage is minimal.

The hotel’s décor is as outlandish as its concept. Original Art Deco features are contrasted with bold, tactile wallpapers; kitschy, gold-framed replicas of the Netherlands’ most famous paintings; and a kaleidoscope of velvet furnishings to match all the stained glass.

Founded in 2017, the cupboards are rarely bare – unsurprising given the hotel’s location in the popular Museum District.

Opened in March 2018, The Sweets Hotel is scattered across Amsterdam’s canal network in 28 cute converted bridge houses, which once accommodated the bridge keepers who opened and closed the now-automated platforms.

There are no swanky hotel amenities, but these light-filled boxes ranging in size from 130 to 640 sq ft. do guarantee an unspoiled view of the water; some are even perched on concrete stilts directly over the middle of the canal.

Each room boasts its own unique decor designed to match the period in which it was built – anywhere from the 17th to the 21st century. And though there’s no room service as such, the hotel will deliver breakfast to you if you pre-order. 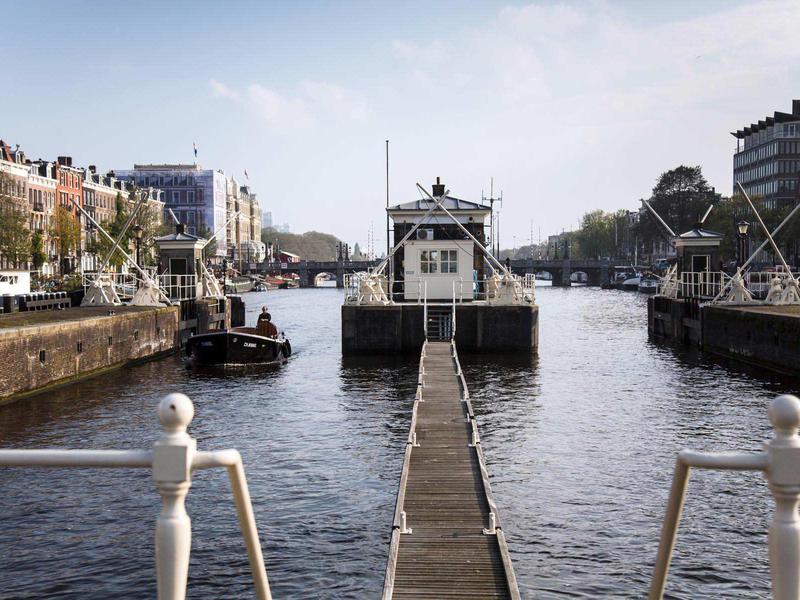 US judge suggests he may dismiss Stormy Daniels lawsuit against Trump

Famous Bollywood Celebrity Dies Due To Kidneys And Liver Failure And Her Dream Remained Unfulfilled!

7 Things You Must Include In Your Travel Itinerary For Coorg

A Guide to Visiting Puerto Rico After Hurricane Maria