To date, the existence of alien life remains unproven — but there are still those who are convinced of frequent close encounters. After all, UFO buffs point out, there have been more than 100,000 reported sightings of alien spacecraft over the past century, ranging from colorful balls of lights to flying saucers.

So…is the truth out there?

One way to find out is by visiting UFO hotspots around the world — destinations offering E.T. enthusiasts the best possible chance to experience the rush of a sighting with their own eyes. Many of these destinations feature special tours and attractions devoted to all things extraterrestrial, providing them an alluring air of mystery.

If you’re at all curious about the possibility of other life sharing this galaxy, these are the locales to check out.

The tiny Australian settlement of Wycliffe Well has received ample attention over the years, owing almost exclusively to its high number of UFO sightings. Sightings are so common in the area that a brochure for the local holiday park claims, “If you stayed up all night looking, you would be considered unlucky not to see anything, rather than lucky to see something.”

Sightings first started registering in the area around the Second World War, and a local records book tracked all appearances until it mysteriously went missing in the 1990s. Since then, locals have started a new book to track all sightings, which now number in the hundreds.

Sightings are alleged to be more common in the dry months of May to October, though they are possible year round. Skeptics claim the UFOs are more likely to be crafts belonging to the Royal Australian Air Force, but many locals still cling vehemently to the notion that this is a hotspot for extraterrestrial activity.

This frenzy has cultivated a cottage industry of themed attractions, including alien-related paraphernalia, restaurant walls plastered with newspaper clippings about sightings, and life-size alien dummies in front of gardens — which, at the very least, provide a compelling reason to visit. 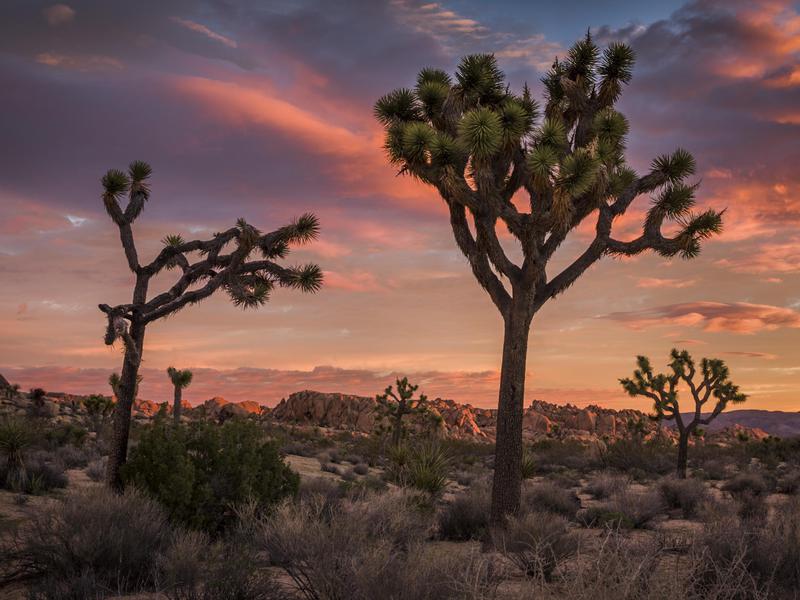 Joshua Tree — a convergence of two desert systems that are home to diverse plant and animal life — is a remarkable tourist attraction in its own right,  The stark landscape, vast wilderness and dark night skies attract thousands of visitors each year, many of whom are ardent UFO hunters.

UFOlogists argue that because the region sits on the same North Parallel as Roswell, it is likely to be home to plenty of UFO activity, while others believe there is a secret alien base located somewhere in the desert.

Many people venture into Joshua Tree without assistance in order to seek out the truth. But if you’re in need of a helping hand, controversial UFOlogist Dr. Steven Greer occasionally leads a series of workshops and expeditions to the region.

Even if you’re not fortunate enough to glimpse some UFO activity, or stumble across the mysterious base, the canopy of stars and sheer solitude make a trip to Joshua Tree well worth the journey.

The U.S. military installation in Nevada’s Area 51 has for a long time been the epicenter of UFO enthusiast conspiracy theories.

Many believe that the complex, some 100 miles north of Las Vegas, is a storage facility where officials examined a crashed spacecraft, along with its both living and dead occupants. Some also believe that government officials relocated materials recovered at Roswell to this location, and that they use the area to build aircraft based on alien technology that they have secured.

Although Area 51 is off limits to the general public, alien-enthusiasts can participate in tours near the region that explain some of the theories and attempt to get visitors close to the action.

PlanetXV is one such option. For between $200 and $300, you’ll be driven close to Area 51, or a similar nearby site, in an attempt to see some real-life UFOs. Even though tour guides claim the area “has the highest incidence of UFO sightings in the world,” however, they offer no guarantees of sightings.

Mystical Stonehenge in Wiltshire is, perhaps unsurprisingly, a hotbed for UFO speculation. Many believe the mysterious monument is an alien construction, built as a landing pad or location marker for spacecrafts attempting to touch down on earth.

Crop circles have also been found in the area surrounding Stonehenge, reportedly accompanied by sightings of disc-shaped objects. The excitement around UFO sightings in the region has also led to several hoaxes, including some impressive crop-circle creations later shown to be manmade.

Still, there’s no denying that even without a UFO sighting, the area is imbued with an otherworldliness that’s remarkably compelling. 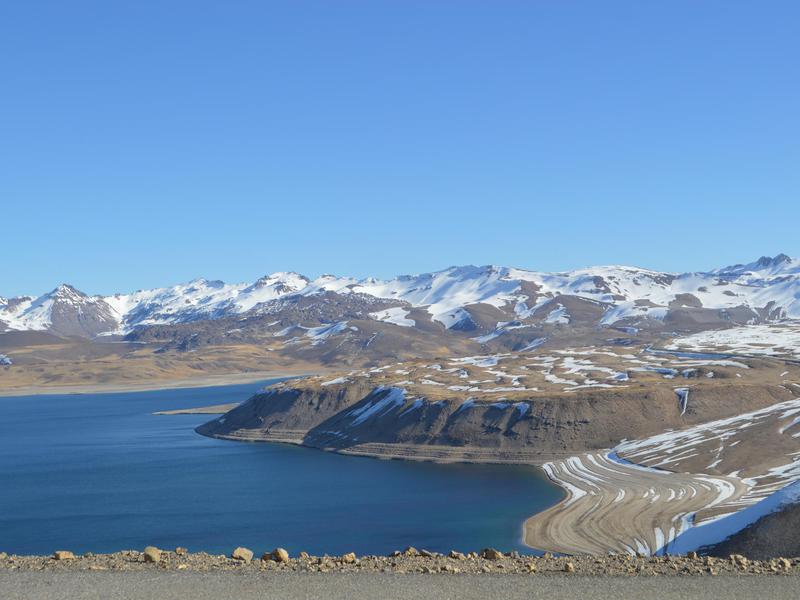 The South American country of Chile is so rich with reports of sightings that it’s established an entire route for people interested in tracking down UFOs. The central region’s so-called “UFO Trail” — starting in the town of Sam Clement and stretching out 19 miles through the Andes mountains — opened after an influx of sightings in the late 2000s. UFO experts believe that the secret to the activity lies in the Andes’ picturesque plateaus, which make for ideal alien-craft landing sites.

Although the region’s official tourism body offers no guarantee of sightings, there are several restaurants and accommodation options, plus vast natural beauty, that make the area worth a visit…even if it remains UFO-free. 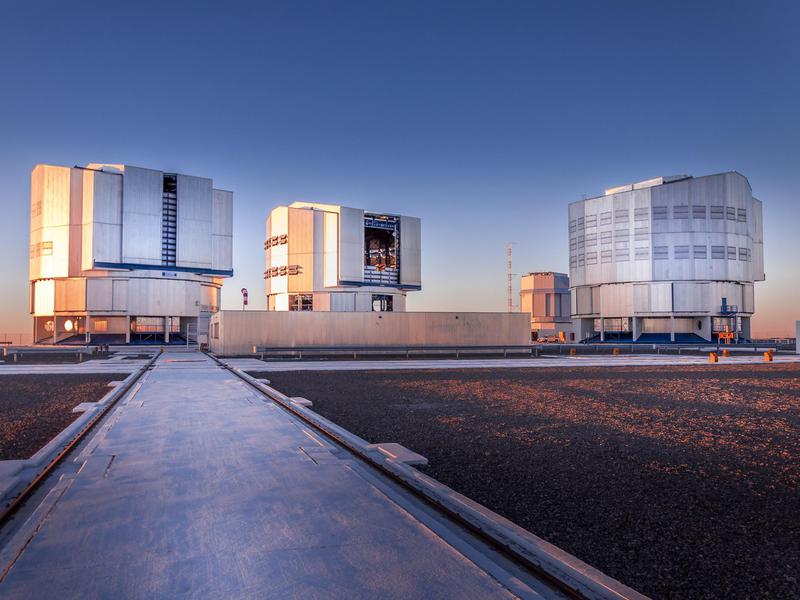 Although San Clemente’s UFO Trail might get most of the attention from UFO hunters heading to Chile, if you’re serious about your unidentified flying objects you should also make a turn at the Atacama Desert. There you’ll find the European Southern Observatory’s Paranal Observatory, one of the best ground-based astronomical observation sites.

The observatory has several large telescopes, including the Visible and Infrared Survey Telescope for Astronomy, Very Large Telescope and VLT Survey Telescope, all of which are capable of seeing much farther into space than your own casual skyward glances.

Although there is a hotel adjacent to the complex, it’s open only to media and staff. Guests who wish to visit the observatory can only do so on weekends, must make an advance reservation, and have to drive from Moreno airport for the day.

When The Guardian reported on the opening of a new telescope at the observatory in 2014, it ran with the headline “The telescope big enough to spot signs of alien life on other planets.” Though no aliens have been officially recorded, if humans are to discover life living in outer space, it’ll most likely be through telescopes like these. 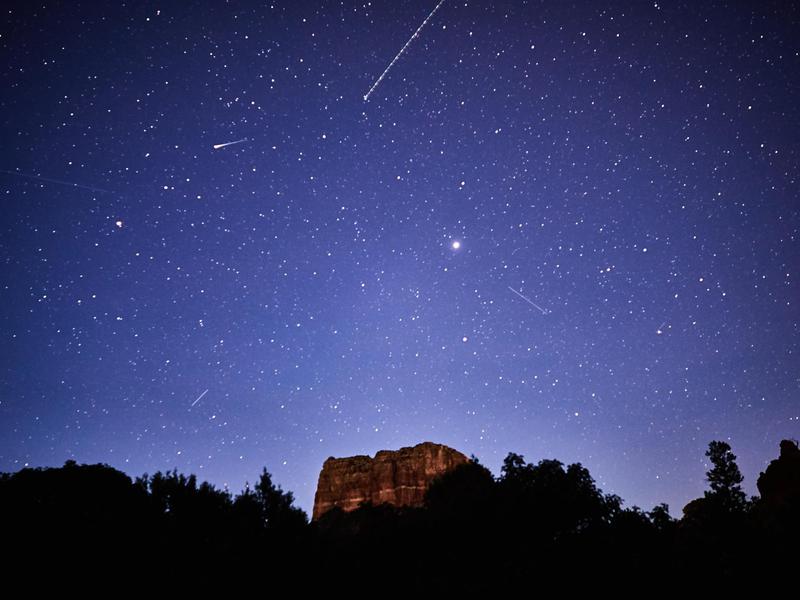 Sedona, in the U.S. state of Arizona, is one of the country’s most popular UFO hunting destinations. Nightly tours take customers out into the darkness sporting night-vision glasses, binoculars and telescopes. The result is an impressive number of reported sightings for the region, including of aliens, crafts and even Bigfoot.

Sedona is also home to the intriguing Bradshaw Ranch, which UFOlogists claim the government was forced to purchase and shut down in order to hide various alien-related secrets. According to some sources, the ranch houses an inter-dimensional portal. Unfortunately, much of the land at the ranch remains private property, but there are easy hikes to nearby “mystical vortex areas,” which are also rumored to be hotbeds for alien activity. 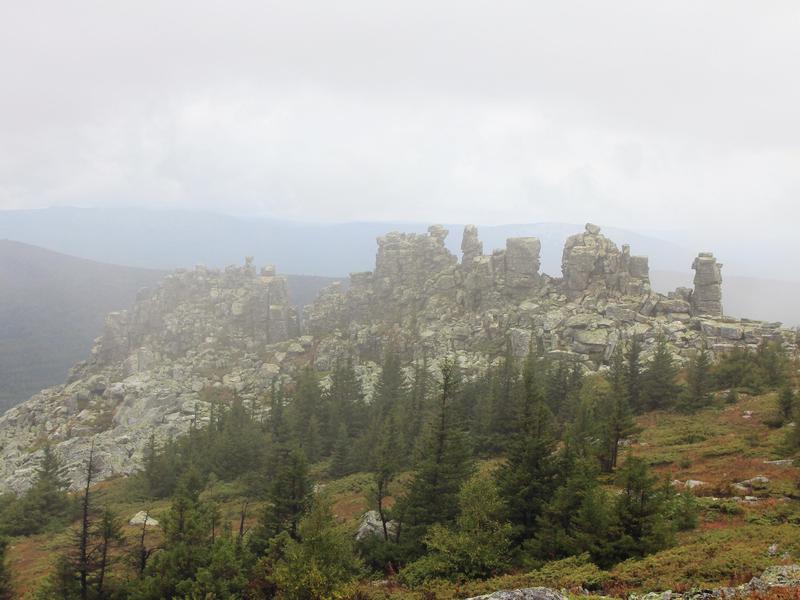 Russia’s Ural Mountains are home to the famous Perm Anomalous Zone, one of the world’s most mysterious places. Also known as the Molyobka Triangle, or M Triangle, the area is rumored to have similar powers to the Bermuda Triangle, and as such, myths and legends abound about this remote location. There are stories of watches that mysteriously stop ticking, hovering crafts and colored lights in the night sky.

Some UFOlogists consider this kind of paranormal activity to be an indication of energy emissions from cracks in the earth owing to alien activity. Though this is not verified by science, there’s no doubting the intriguing nature of the region.

If you’re interested in a commercialized UFO pilgrimage, just hold off planning your visit to the M Triangle for a few more months. The area is currently finishing up a UFO park, and several hotels and observatories are going up in order to support the growing number of visitors heading there to look skywards.

Roswell has been the epicenter of the UFO scene since the summer of 1947, when a local rancher stumbled across unidentified debris in a pasture. Officials moved quickly to assure Americans that it was simply a downed weather balloon, but UFO fans were having none of it — and more than 70 years later, visitors still flock to the region hoping to catch a glimpse of some alien life.

It’s not easy getting to the original crash sites, so many visitors settle for a trip to the International UFO Museum and Research Center. There’s also an annual UFO Festival over the Fourth of July weekend, during which like-minded UFO seekers gather to celebrate space life and other curious things. Visitors dress up in alien costumes, attend lectures and book launches, and generally immerse themselves in what some call the Comic-Con of unidentified flying objects.

The Extraordinary Experience of Traveling to Antarctica