There are seven species of sea turtles around the world — sadly, all are vulnerable or endangered. They are the green sea turtle, loggerhead turtle, hawksbill turtle, olive ridley turtle, leatherback turtle, flatback turtle and kemp’s ridley turtle. 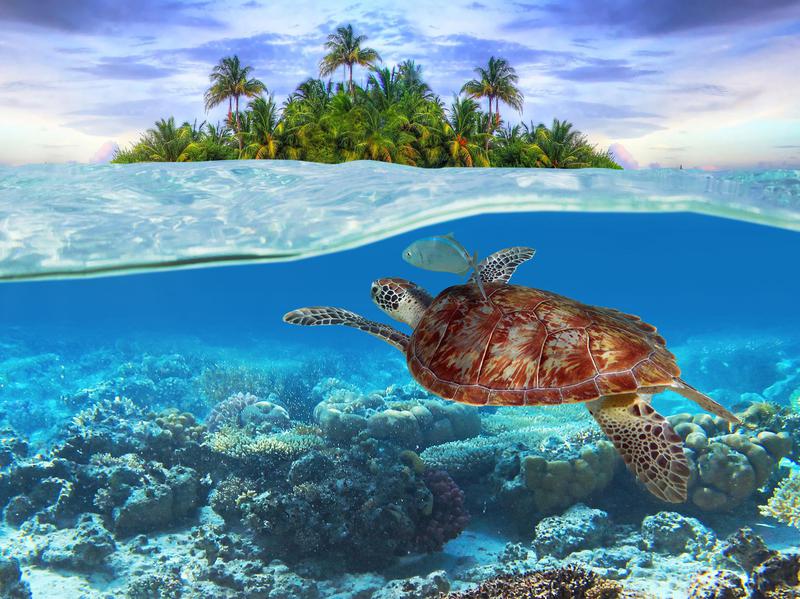 Ad Daymaniyat is an archipelago of nine low-lying islands off the Batinah coast. The rocky islands have been protected since 1996 and were the first marine reserve in Oman. The Ad Daymaniyat islands are the best place to swim with wild sea turtles in the Middle East. 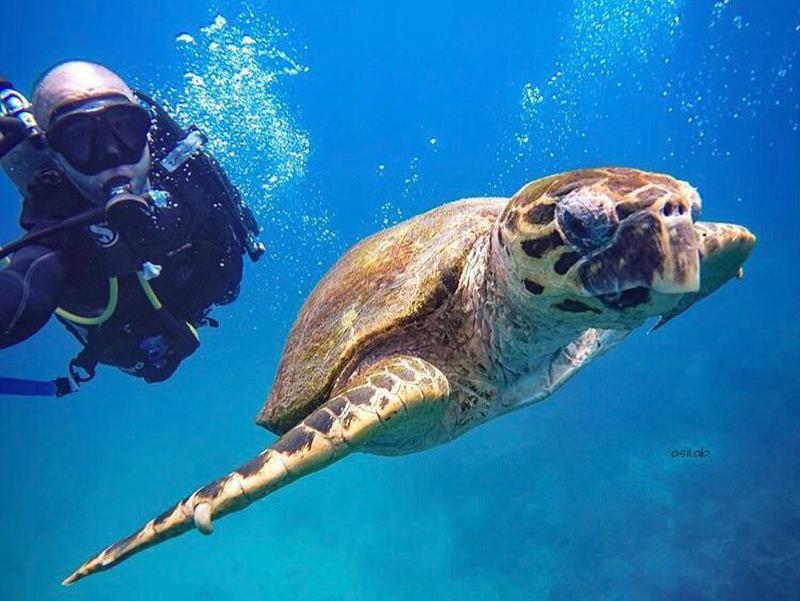 The Maldives has some of the best locales for spotting wild sea turtles year round. Five out of the seven species of marine turtles live in the translucent waters — green sea turtle, loggerhead, olive ridley, leatherback and hawksbill. 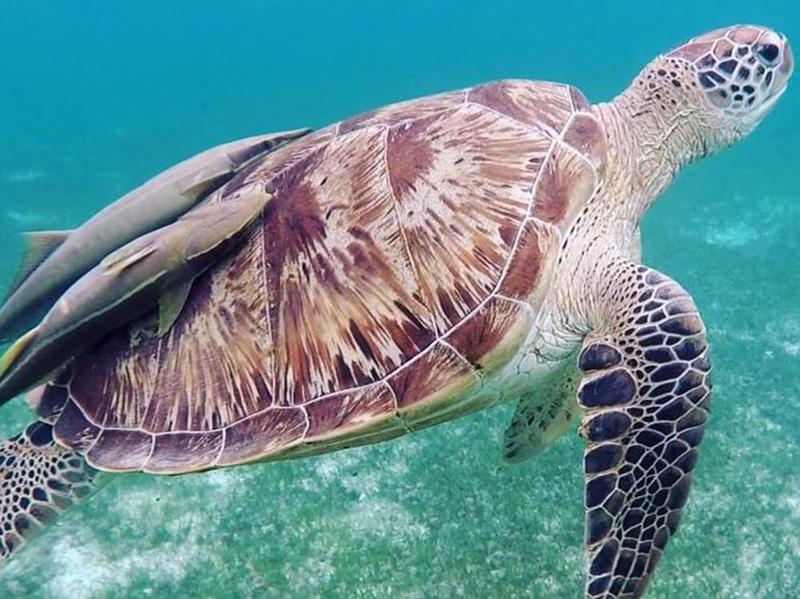 There are many places to swim with wild sea turtles in Mexico. The popularity of places such as Akumal has brought in massive crowds that have left the area desolate and downright dangerous for sea turtles. The beach in Akumal where sea turtles used to thrive has been closed for conservation due to over-tourism.

Instead, head to La Paz for ethical sea turtle encounters by visiting theTodos Tortugueros conservation project. Here you can do your part in protecting endangered olive ridley turtles by assisting professionals as they relocate eggs from vulnerable nests. 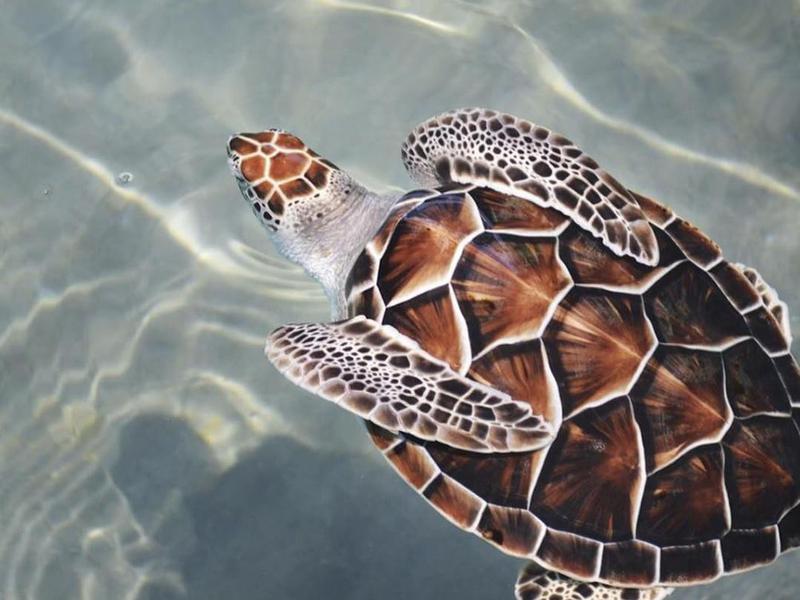 There are many hot spots for sea turtles around the coastline of Costa Rica but the best chance you have at seeing spectacular sea turtles is at Tortuguero National Park on the northern Caribbean coast. Tortuguero literally translates to Land of Turtles.

Costa Rica is home to a very rare sea turtle that’s a member of the sea green turtle family and locally known as tora carey. Hawksbill, loggerhead and olive ridley sea turtles all lay their eggs on the beaches of Tortuguero National Park during the nesting season from March to August. Over 2,000 tora carey green sea turtles lay their eggs at the park each year. 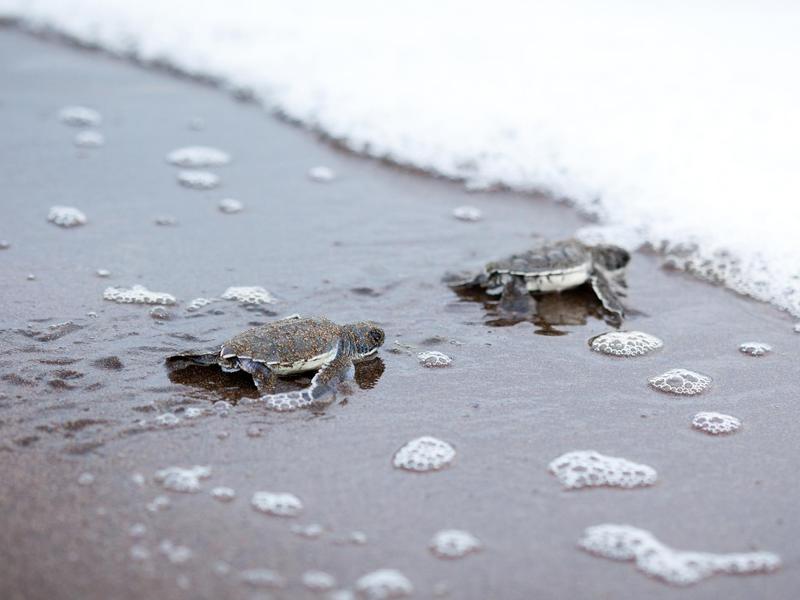 The most incredible place to swim with sea turtles on Earth is Redang Island, Malaysia. Each time you enter the sea you may swim with as many as five sea turtles right off the shore in seafoam waters. Redang Island is home to olive ridley, hawksbill and green sea turtles.

Avoid Turtle Bay, where aggressive sea turtles have become accustomed to humans feeding them and swim right up to snorkelers looking for food. The sea turtles here are three times larger than those around other parts of the island. The contrast in behavior and size is stark between sea turtles that are left to their own natural antics and those that have tampered instincts due to constant human interference. 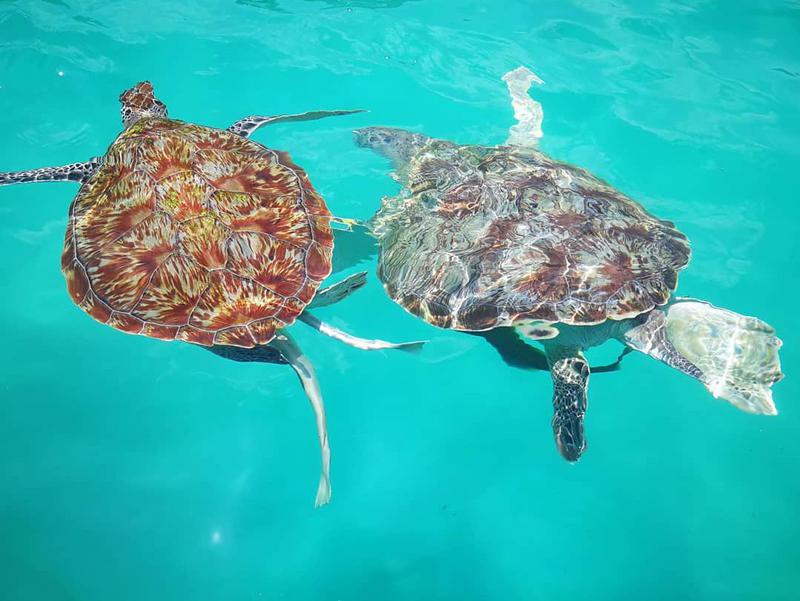 No list of the best places to swim with wild sea turtles would be complete without Hawaii. Five of the seven species of sea turtles live in Hawaii’s warm waters. Most sightings occur around the southern side of Maui in Wailea, known as Turtle Town.

Honu, Hawaiian for green sea turtle, are deeply respected by Hawaiians and hold great cultural significance as they’re manifestations of ?aumakua which are ancestral guardian spirits.

The best time to see turtles is in the early morning when winds and waters are calm. Honu and hawksbill sea turtles, ‘ea in Hawaiian, are seen swimming in the shallow waters of Maluaka Beach all year long.

Placencia, Belize is located within the largest living reef in the Western hemisphere — making it one of the most important marine ecosystems in the world. Over 500 species of fish live here as well as three wild sea turtle species — green, hawksbill and loggerhead.

The gigantic Belize Barrier Reef Reserve System (BBRRS) is a protected UNESCO World Heritage Marine Site. Conservation efforts have made BBRRS the healthiest reef on the planet. Charles Darwin once declared that it was “the most remarkable reef in the West Indies.”. 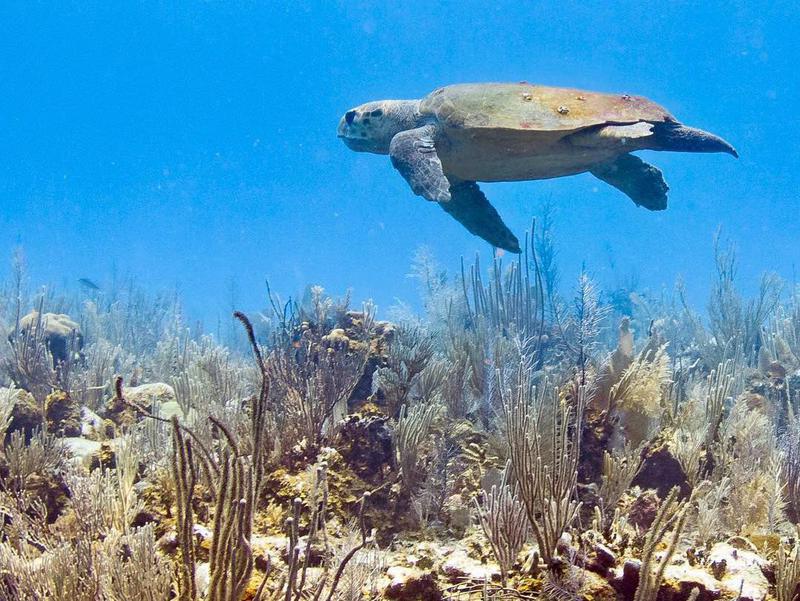 There’s a place in the Philippines called “Turtle Island.” The volcanic Apo Island is at the southeastern tip of Negros Oriental and holds the honor of top 100 Best Diving spots in the world.

The amazing biodiversity that can be seen at Apo Island is a direct result of the community-based initiative that launched in 1985 to preserve the island as a sustainable sanctuary. The lush reef has flourished for over 30 years and has been a feeding ground for namesake green and hawksbill sea turtles. If you touch a sea turtle here you’ll receive a $100 fine.

YOU MAY ALSO GET MANY MORE VIRAL CONTENTS ON OUR TWITTER HANDLE JUST CLICK LINK TO SEE!