Where to Find the USA's Best, Most Indulgent Doughnuts - Indiarox
FacebookTwitterInstagramGoogleYoutube

Just how much does the U.S. love doughnuts? Over 10 billion of the sugary treats are made in the country each year. (The city with the biggest doughnut output? Boston, which boasts one doughnut shop for every 2,480 people.)

In addition to traditional yeast and cake doughnuts, more unique modern varieties include “spudnuts,” with dough made of potato instead of flour, and vegan doughnuts, which use almond, milk or soy milk instead of cow’s milk. These days, you can also order a seemingly endless variety of flavors, from classic glazed to newfangled coconut curry, Vietnamese coffee or maple bacon.

We’ve scoured every corner of the country, searching for the most delicious doughnuts in the U.S. Whichever doughnut you select, you can expect an indulgence that’s worth the calories. 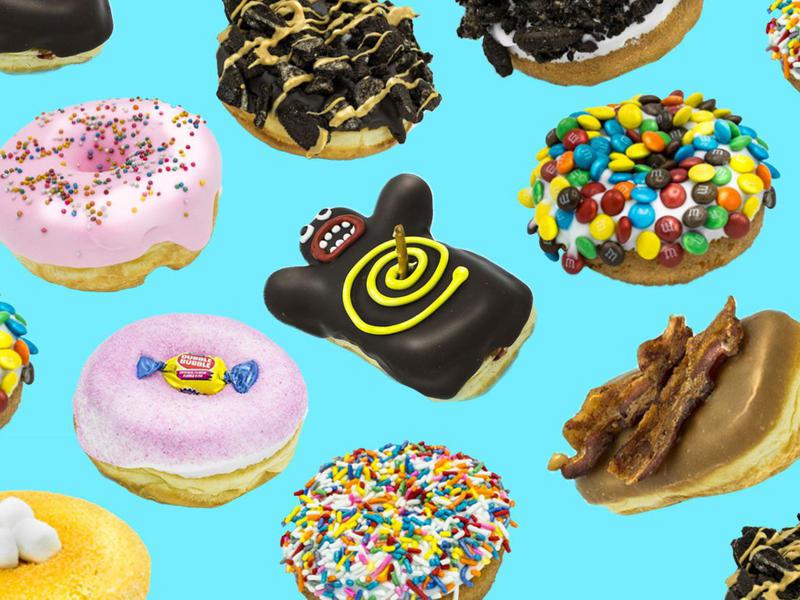 Locals and tourists alike agree that the Holy Donut is the holy grail of fried pastry. Publications including The New York Times, Elle Magazine and The Boston Globe have sung its praises, and it’s been filmed for the Travel Channel’s “Food Paradise” show.

Each confection here is made from quality ingredients, and there’s a textual twist: The dough is enhanced with mashed Maine potatoes from Aroostook County, which add a mouth-watering burst of moisture and a dash of umami.

Don’t-miss varieties include the dark chocolate sprinkled with crunchy sea salt and the inventive sweet potato dusted with ginger-flecked sugar. 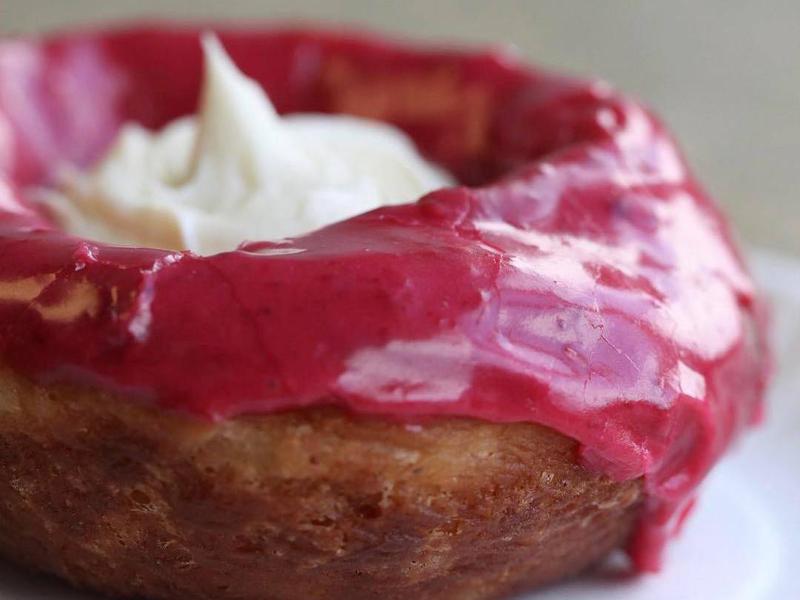 If you worship doughnuts, Voodoo Doughnut will be your altar. This media darling has been featured on Anthony Bourdain’s television series “No Reservations,” as well as in dozens of food publications. To say it has a cult following is an understatement.

For something novel, the Voodoo Doll doughnut is just what it sounds like. Topped with chocolate frosting and filled with raspberry jam, each treat is decorated with pretzels and candies, creating an edible Voodoo Doll.

It’s no surprise that since starting in Downtown Portland, Voodoo has quickly expanded; today, it boasts seven shops in the U.S., including in Eugene, Ore.; Denver; Austin, Texas; and Universal Studios in Hollywood and Orlando. 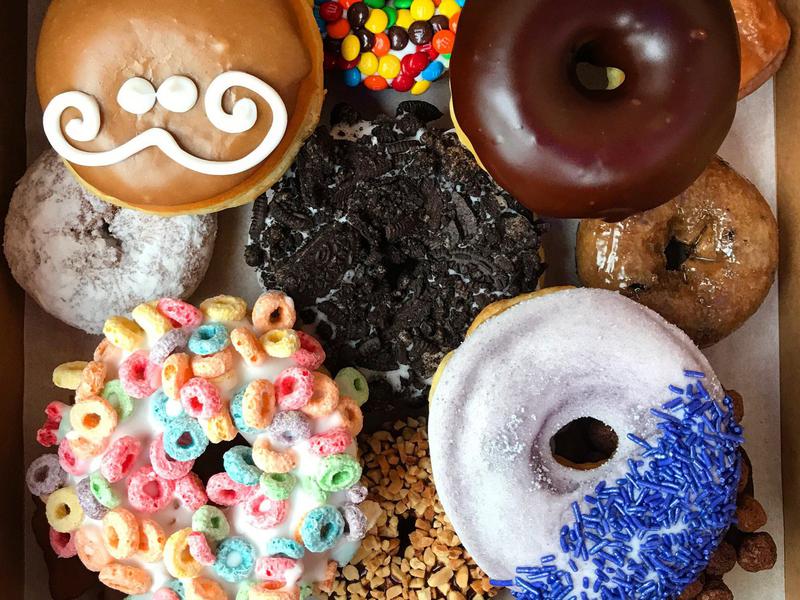 Owned by the Holtman family since 1960, this doughnut shop has several locations in and around Cincinnati, and is a local favorite: The city newspaper’s nearly one million readers voted these fried treats the best in town. The shop has also earned national attention, with write-ups in pubs including The Wall Street Journal and Food & Wine.

Holtman’s doughnuts are made from scratch using wholesome Ohio ingredients, and the recipes have been passed down by word of mouth since the shop first opened.

Patrons get a good view of the bakers rolling, slicing and shaping the dough, then glazing and frosting the finished products. Salivate as you watch bakers craft the Buckeye, slathered in chocolate frosting with a creamy center of peanut butter. Then order one (or more) for yourself.

Despite the shoebox dimensions, it’s impossible to miss either of the Doughnut Vault’s two Chicago locations, thanks to a long line of devoted customers waiting patiently for a ring of deep-fried heaven.

Classic flavors such as traditional buttermilk, crunchy on the outside and soft and yeasty on the inside, don’t disappoint. Lemon poppyseed and pistachio are ambrosial. The plain glazed was named the best doughnut in America by the Huffington Post, with additional media mentions in Food + Wine and Thrillist.

Seasonality is embraced, with an effort to incorporate fresh market produce into the daily specials. In season, consider nibbling on a raspberry crumble or strawberry with delicate chocolate drizzle.

Just be warned: The Doughnut Vault makes a very limited number of confections each day, which means they sell out fast. So set your alarm and remember that the early bird gets the doughnut.

The college town of Bloomington, population 80,000, is home to a whopping 80 international eateries representing some 18 countries.

In this robust culinary landscape, Rainbow Bakery serves up yummy doughnuts with a difference. The owners are vegan, and every doughnut sold is 100% vegan too. Gluten-free doughnuts are also a specialty. Keeping with the environmental and health conscious ethos, the dyes used are all natural and no chemicals are utilized in any of the products. And but of course, organic, seasonal ingredients are key.

At least eight varieties are on hand each day, with something for adventurous eaters as well as those whose taste runs towards simple classics. Sweet coconut curry and orange clove are two of the more esoteric varieties, while a dark chocolate frosted and zesty lemon have broad appeal.

If you’re on a culinary quest seeking classic eats, Ormond Beach near Daytona Beach should whet your appetite. There’s nothing highbrow in this town, and since prices are as low as pretensions, you can count on bona-fide bargains.

The city’s standout eatery is Donnie’s Donuts, offering carb-loaders fried bliss. Mingle with a devoted clientele who come for the 125 vintage varieties of fried treats. The strawberry cheesecake sells out fast, but the banana pudding doughnut is a worthy alternative. 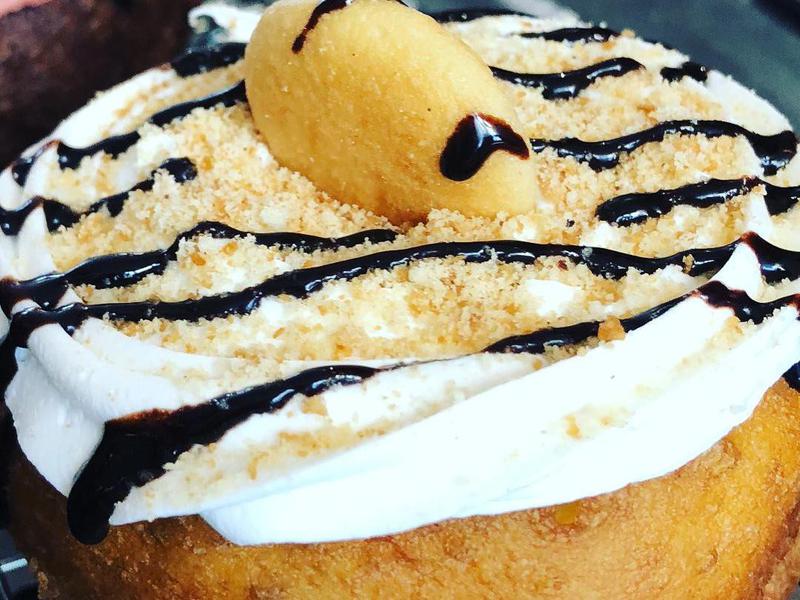 Founded in Providence in 2016,KNEAD Doughnuts puts the focus on simplicity, quality and integrity. Local eggs, milk, butter, real vanilla beans and fresh yeast sets the doughnut apart, as does an intensive cooking technique: The rich brioche dough goes through a 24-hour process to allow for proper development, adding depth of flavor.

The menu focuses on classics such as vanilla glazed, chocolate cake and Boston cream, but embraces seasonality. There are typically at least three rotating doughnuts on the menu based on what ingredients are freshest.

There are two locations in Providence, with the flagship shop situated right in the heart of the city’s financial district. With sight lines straight into the kitchen, the doughnut production can be viewed. 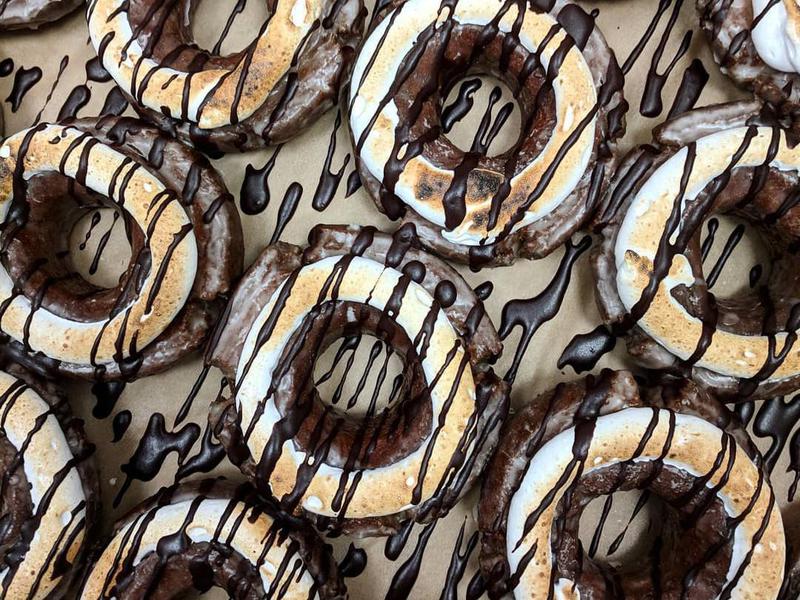 At Stan’s Donuts, local legend Stan Berman has been making doughnuts for over half a century, and is such a fabled fixture that there was a Stan’s Donut Day declared on May 3, 2014. The picture of octogenarian health, Stan is still in the store frequently, and will proudly tell you that he has only taken one sick day in his entire career. He consumes a buttermilk raisin twist daily with zero ill effects, so go ahead and indulge.

Located in Westwood, just a few steps from the UCLA campus, generations of students have munched on Stan’s peanut butter, jelly and donut holes while cramming for finals.

Stan points to the slightly salty breeze (courtesy of the store’s location less than five miles from the Pacific Ocean) for giving his doughnuts that extra ethereal lift. 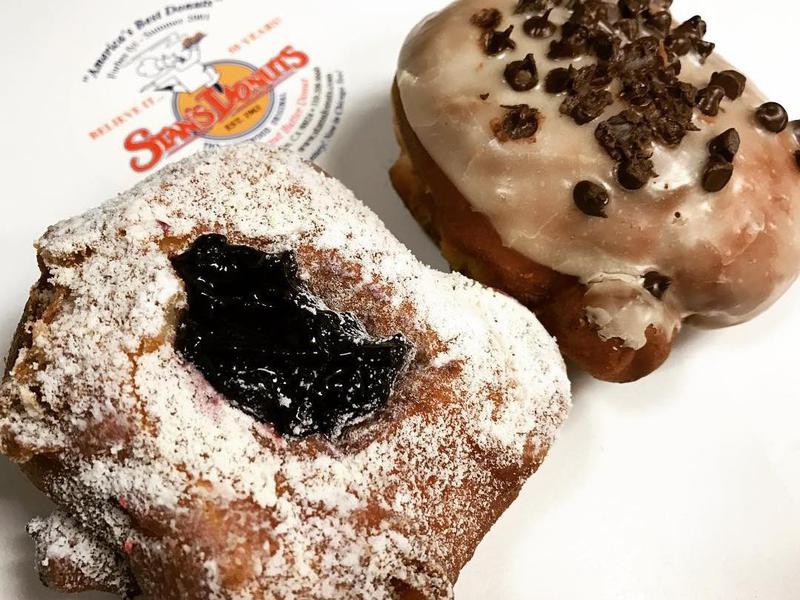 Houston is one of America’s most culturally diverse cities, as reflected in its eclectic food scene. There are few foods you can’t find here, so expect an epicurean bonanza.

At Glazed, the focus is on handmade specialty doughnuts. The city’s two locations draw legions of loyal fans who can’t seem to get enough. One bite and you’ll see why Thrillist placed these doughnuts on their top 10 best list.

The maple bacon variety, called a Macon, is a fortifying winner. Those seeking the throwback taste of summer camp go straight for a S’mores doughnut, while chocoholics should be pleased with an M&M-studded variety.

For a hearty breakfast that hits sweet and savory notes, order the Glazed Breakfast Sandwich, a glazed doughnut split down the middle and filled with a fried egg, crispy bacon and gooey melted cheese. 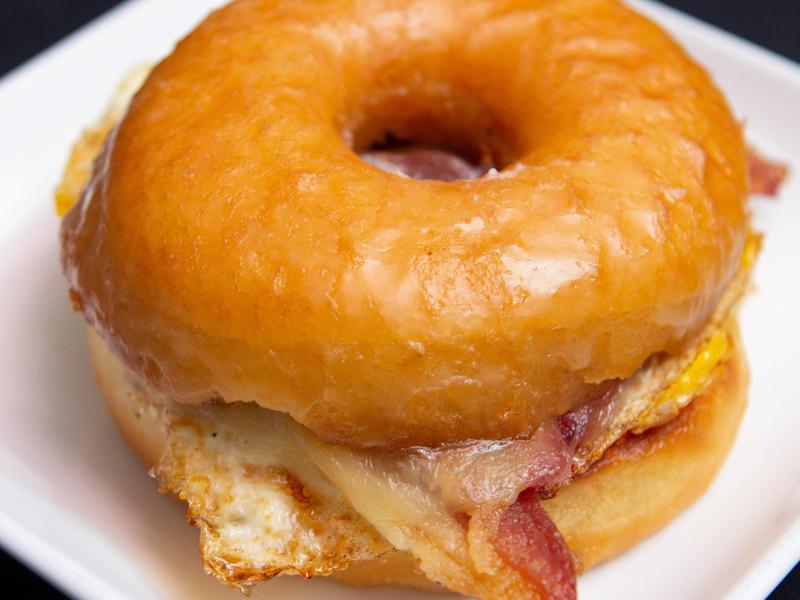 Atal Bihari Vajpayee and His Father Were Classmates in Kanpur

Next five years will be ‘anomalously warm’: Scientists

Overeating Healthy Food Is As Bad As Eating Junk Food

15 of the Highest Rated Burgers in the U.S.