If you’re a foodie at heart, it only makes sense that you would plan your travels around cities with some of the most exquisite restaurants in the world.

One way to organize your trip? By looking at which cities have the highest number of total Michelin stars, a proxy for how many top-notch restaurants you could visit while you’re in town.

Yes, these stars are awarded by the same Michelin that manufactures tires and other transportation-related products — and the history of how an automotive company became a leading voice in the world of fine dining is a fascinating one. But a leading voice it is; for many foodies, Michelin approval is the only accolade that matters. 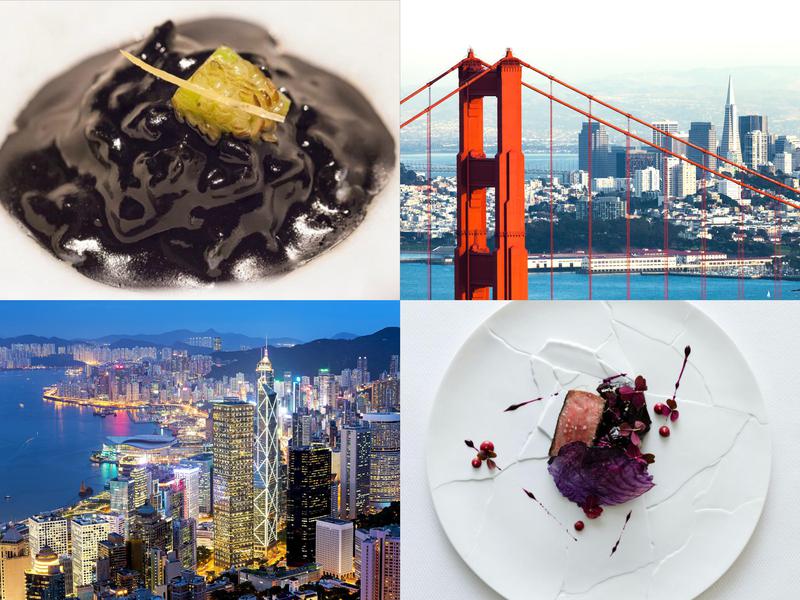 Though you won’t find any three-star restaurants while visiting this historic German city, you’ll still find plenty of top-notch cuisine to sample during your stay: There are a total of 26 Michelin stars in Berlin.

Michelin’s anonymous reviewers enjoyed their time at Restaurant Tim Raue, one of six two-star restaurants (though one of them, Reinstoff, will close later this year). The restaurant has adopted the hummingbird as its mascot because it reflects “creativity, uniqueness and freedom,” according to the restaurant’s website.

Here, you’ll find Asian-inspired dishes that bring together Chinese, Thai and Japanese influences. Tasting menus range from $160 to $230, depending on the selection, and include dishes like wasabi langoustine, miso duck liver and Wagyu beef chili. 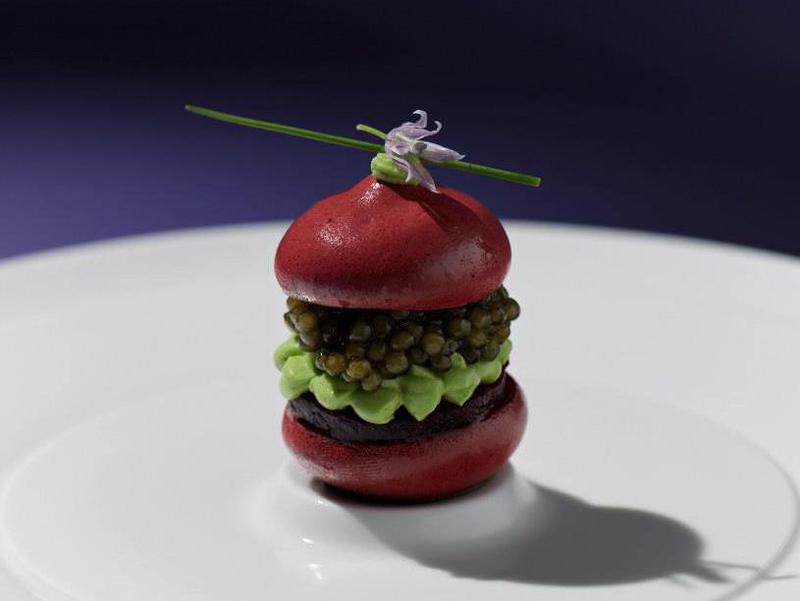 Across the South China Sea from Hong Kong you’ll find Macau, which is often referred to as the “Las Vegas of China.” Be that as it may, Macau also has some incredible restaurants, with a total of 27 Michelin stars.

The 8 provides an intimate setting for tasting Cantonese cuisine, including more than 40 kinds of dim sum at lunch and delicious dinner entrees ranging from stir-fried lobster to roasted pork belly with shredded jellyfish. While you’re dining, you’ll have a chance to relax in the luxuriant dining room, decorated by famed Hong Kong designer Alan Chan. His design approach centers on the number eight, which represents wealth, and the goldfish, which represents energy. 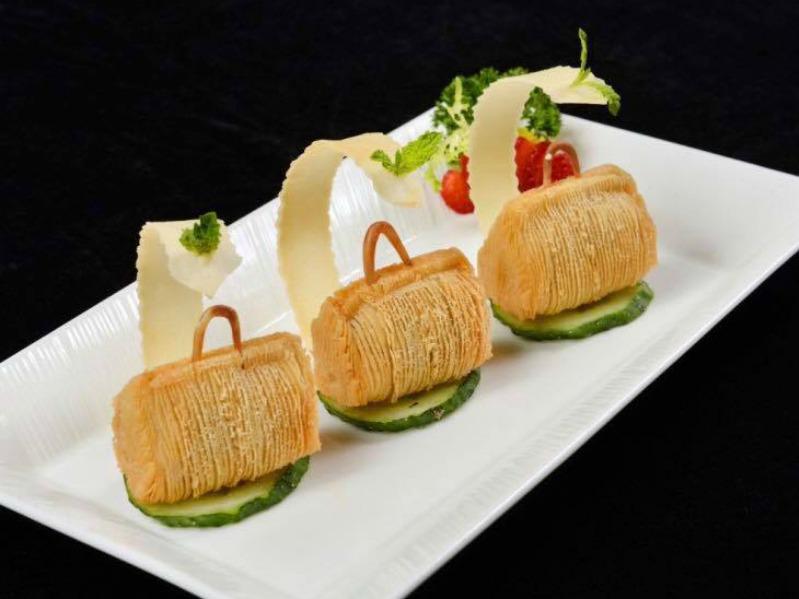 Though Michelin hasn’t awarded the prestigious third star to any Brussels restaurants this year, that doesn’t mean you should sleep on Belgium’s capital city, which has earned a total of 30 Michelin stars.

One of Brussels’ five two-star restaurants is Sea Grill, an upscale seafood establishment with warm and elegant decor. On the menu, which ranges from $88 to $240 depending on your selection, you’ll find smoked sea urchin, oyster maki and langoustine.

Also earning two Michelin stars is Bon-Bon, located in a beautiful house in a tree-lined residential neighborhood on the southeast edge of the city. The walls of Bon-Bon are tastefully covered with pieces created by artist Jean-Francois D’Or, with innovative menus ranging from $88 to $280.

“I dream up my recipes by bringing ideas together and drawing on the vicissitudes of life, playing with all the permutations and turning them upside down,” Bon-Bon chef Christophe Hardiquest has said. 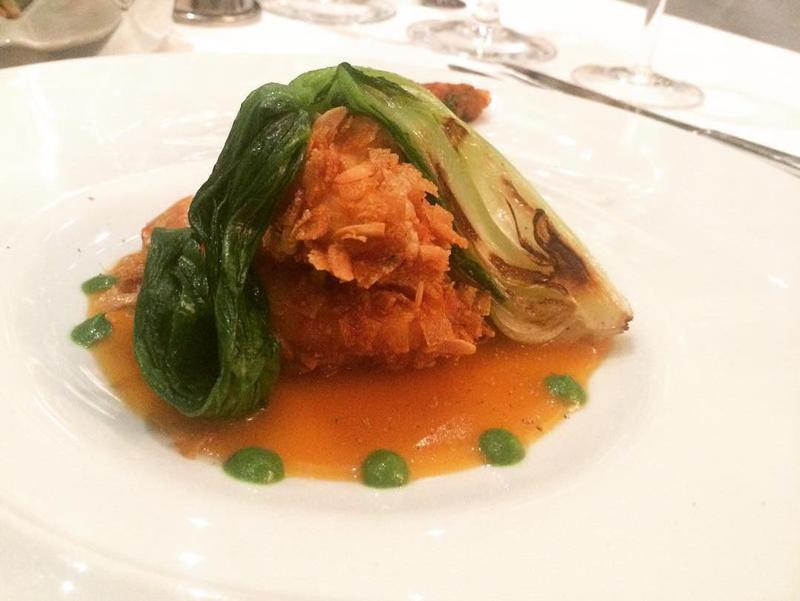 Perhaps unsurprisingly, Korean cuisine is what Seoul does best — nearly all of the top-rated restaurants in this city offer traditional or contemporary Korean fare. Visitors, not to mention the roughly 10 million people who live in South Korea’s capital, have more than a dozen fine dining options to choose from, with restaurants in Seoul earning a collective 32 Michelin stars.

At Jungsik, one of Seoul’s two-star establishments, the kitchen is led by chef Jungsik Yim, who is widely credited with bringing contemporary Korean cooking to the country. Yim traveled the world to gain culinary experience, training at several top restaurants in New York and Spain before opening Jungsik in 2009. Michelin’s judges apparently really love Yim’s approach to cooking, as they’ve also awarded two Michelin stars to the New York version of his restaurant. 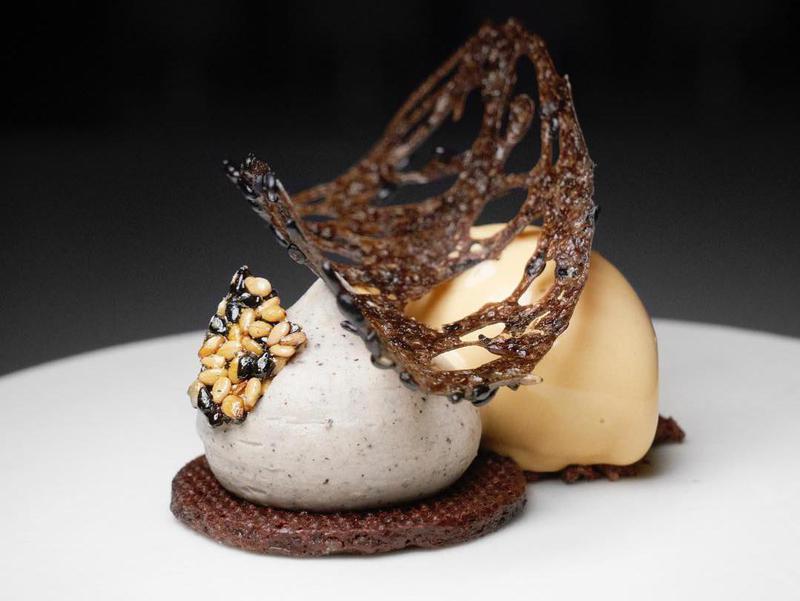 If you’re planning a trip to Spain, you’ll want to venture into Barcelona for a few hours — or at least for dinner — so you can visit one of the many restaurants to earn Michelin stars (33 stars in total!).

At the top of the Barcelona food scene are Lasarte and ABaC. Lasartee arned its third Michelin star in 2017 under the thoughtful culinary leadership of chef Martin Bersategui. The restaurant, which was recently renovated, is located on Barcelona’s popular Paseo de Gracia. On the tasting menu, which starts at $275, you’ll find dishes like wagyu and glazed eel ravioli, squid tartare, and crayfish and ginger.

ABaC is even newer to the three-star club, having earned its third Michelin star in 2018. Chef Jordi Cruz is at the helm of this contemporary restaurant, which offers a traditional tasting menu for $210 and an avant-garde tasting menu for $245, depending on your preferences. 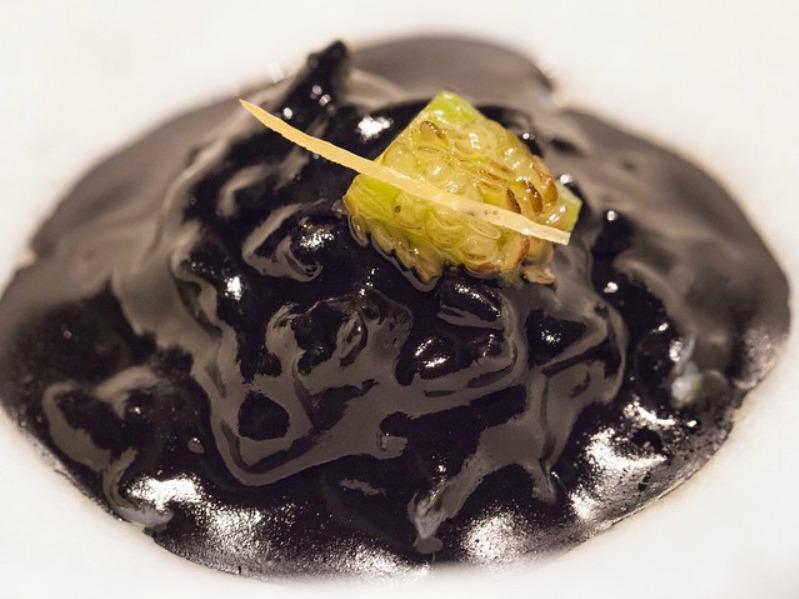 The Windy City doesn’t mess around when it comes to food, earning an impressive 33 total Michelin stars, tying it with Barcelona for the 11th slot on the list.

When you’re done visiting The Bean and The Magnificent Mile, consider treating yourself to dinner at three-star restaurant Alinea, which has held that distinction for eight straight years. Best known for its helium-filled, green apple dessert balloon (complete with edible “string”), Alinea intrigues diners with its playful approach to food in the city’s popular Lincoln Park neighborhood.

Led by chef Grant Achatz, Alinea’s tasting menu is $185 and often includes a trip to the kitchen to see where the magic happens. 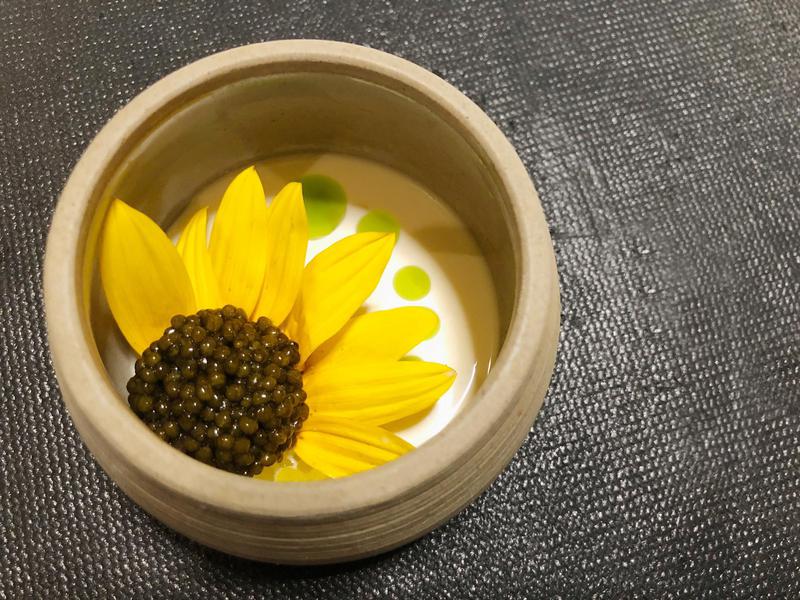 Shanghai is another Asian city with an incredible dining scene — the city is home to restaurants that have earned a collective 40 Michelin stars.

Chefs in Shanghai are particularly unafraid to take risks. Case in point: Paul Pairet and Greg Robinson at Ultraviolet, which earned its third Michelin star in 2018.

Guests pay $600 to $900 for this extraordinary mash-up of fine dining and entertainment. 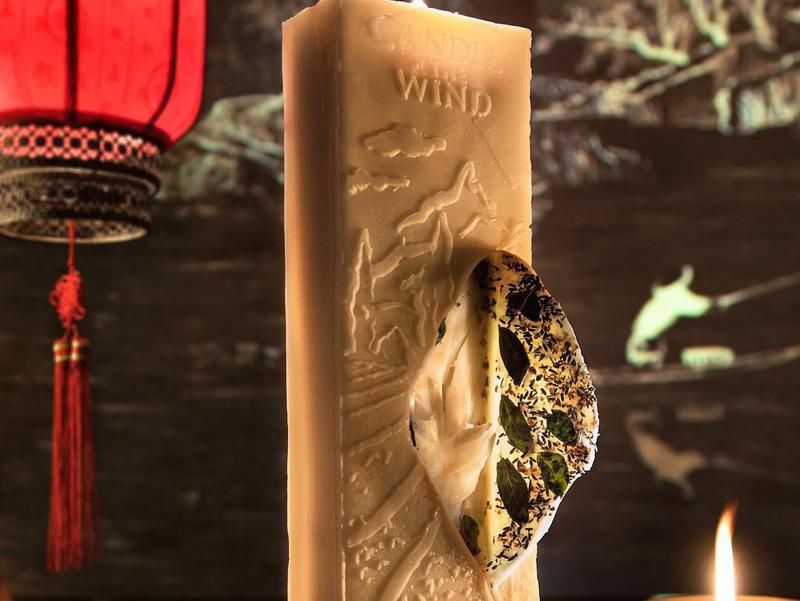 Though there are no three-star restaurants in Singapore this year, the city still has an impressive number of fine-dining restaurants, earning 44 Michelin stars in total.

One of Singapore’s two-star establishments is Odette, an intimate venue located in Singapore’s National Gallery in what used to be the registration room of the Supreme Court. This modern French restaurant is named after chef Julien Royer’s grandmother, who taught him how to cook as a child. Royer has integrated other sweet, meaningful touches throughout the dining experience.

“I remember the long, slow simmering of the red currant jam (Odette) would make, adding vanilla and juniper berries — this perfumed the entire house,” he told Post Magazine. “I’ve kept this memory in my heart for many years, and so it’s a small gift we give to diners when they come to Odette — a jar of red currant jam, to show them where I’m coming from.” 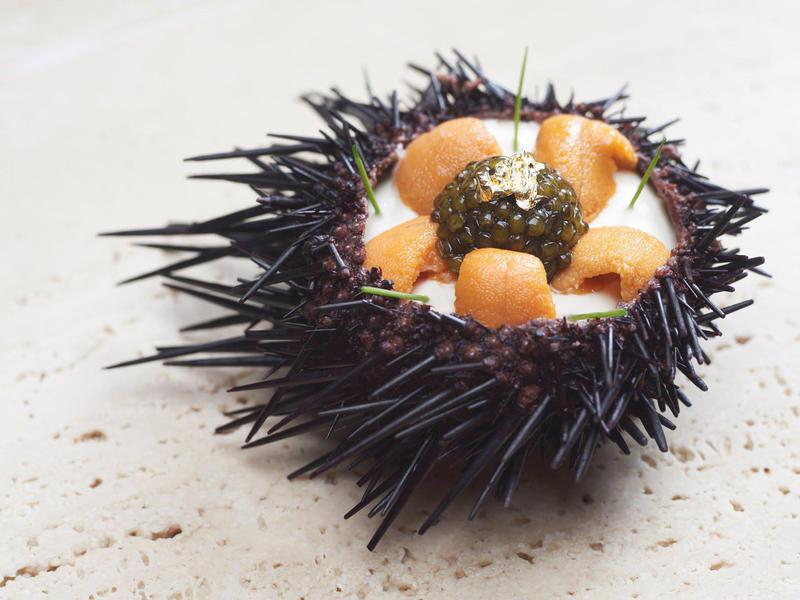 Fire breaks out in residential high-rise in Parel, 8 people injured but stable

Overeating Healthy Food Is As Bad As Eating Junk Food

This Chicken Pesto And Zucchini “Pasta” Makes The Perfect Dinner

15 of the Highest Rated Burgers in the U.S.